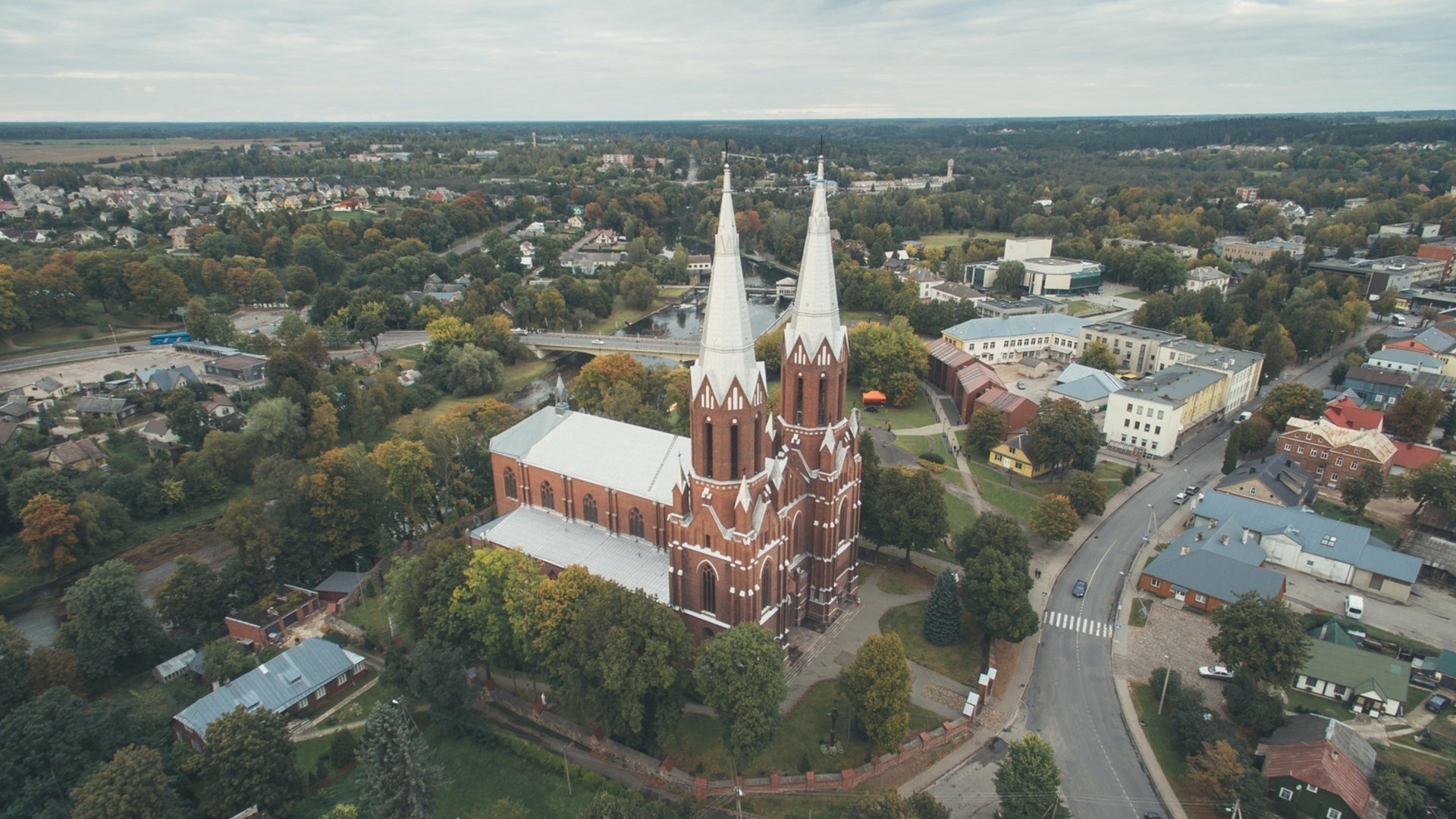 The Anykščiai Church of St. Matthew, now entering its second century, has met and seen out several generations of Anykščiai citizens. As a symbol of the city and its most striking panoramic feature, it impresses visitors of the city with its magnificent neo-gothic shapes, its size and its rich history.

The construction of the current church lasted from 1899-1909. The neo-gothic red brick church, designed by architect Nikolaj Andrejev, appeared in the centre of the city. The locals themselves contributed to the construction: they burned bricks, carried construction materials, transported iron from Latvia and collected donations.

The 20th century was intense and uneasy for the Anykščiai Prayer House. During the First World War, on July 28, 1915, the 84-metre-tall church towers were blown up – the Germans wanted to destroy aimable targets. By the 1930s, the towers had been restored, but remained in a simpler, less decorative form and were now only 79 m tall. However, Anykščiai Church of St. Matthew is still considered to be the tallest in Lithuania, its towers reach towards the heavens and are the first detail the visitors coming to Anykščiai can see.

On the order of Monsignor A. Talačka, self-taught sculptor Rimas Idzelis created an original wooden Station of the Cross for the churchyard chapels. On the initiative of the pastor, stained glass windows were installed in the sanctuary. They were created by the painter Marija Anorti Mackelaite - an impressive stained-glass ensemble appeared: the central nave windows were decorated with fifteen pieces of thin stained glass made by the artist, filling the sanctuary’s space with lights and colours. In the arched window above the main church portal, a thick square stained glass is installed in honour of "St. Matthew the Evangelist "- the first and, it seems, the only stained glass of this type in Lithuanian churches.

In 1999, when pastor Stanislovas Krumpliauskas arrived in Anykščiai to work, new, powerful organs were installed. A 45 voice, 3 register and 2,600-pipe organ built in 1925 brought from Southhampton – specialists consider it one of the best in Lithuania.

There are artistic and cultural heritage objects in the church: Neo-Baroque style confessionals, works by artist Vaidotas Žukas, the old baptistery, bust of Antanas Baranauskas, memorial board of Klemensas Kairys, bust of Konstantinas Sirvydas etc.

The Anykščiai church of St. Matthew with a churchyard and complex works of art was entered into the State Register of Protected Cultural Heritage in 2009.

This church also stands out with its observation deck in the tower at the height of 33 metres. After climbing 186 steps, one can take a view of the magnificent panorama of Anykščiai surroundings, and learn about the history of the church and the surrounding area.