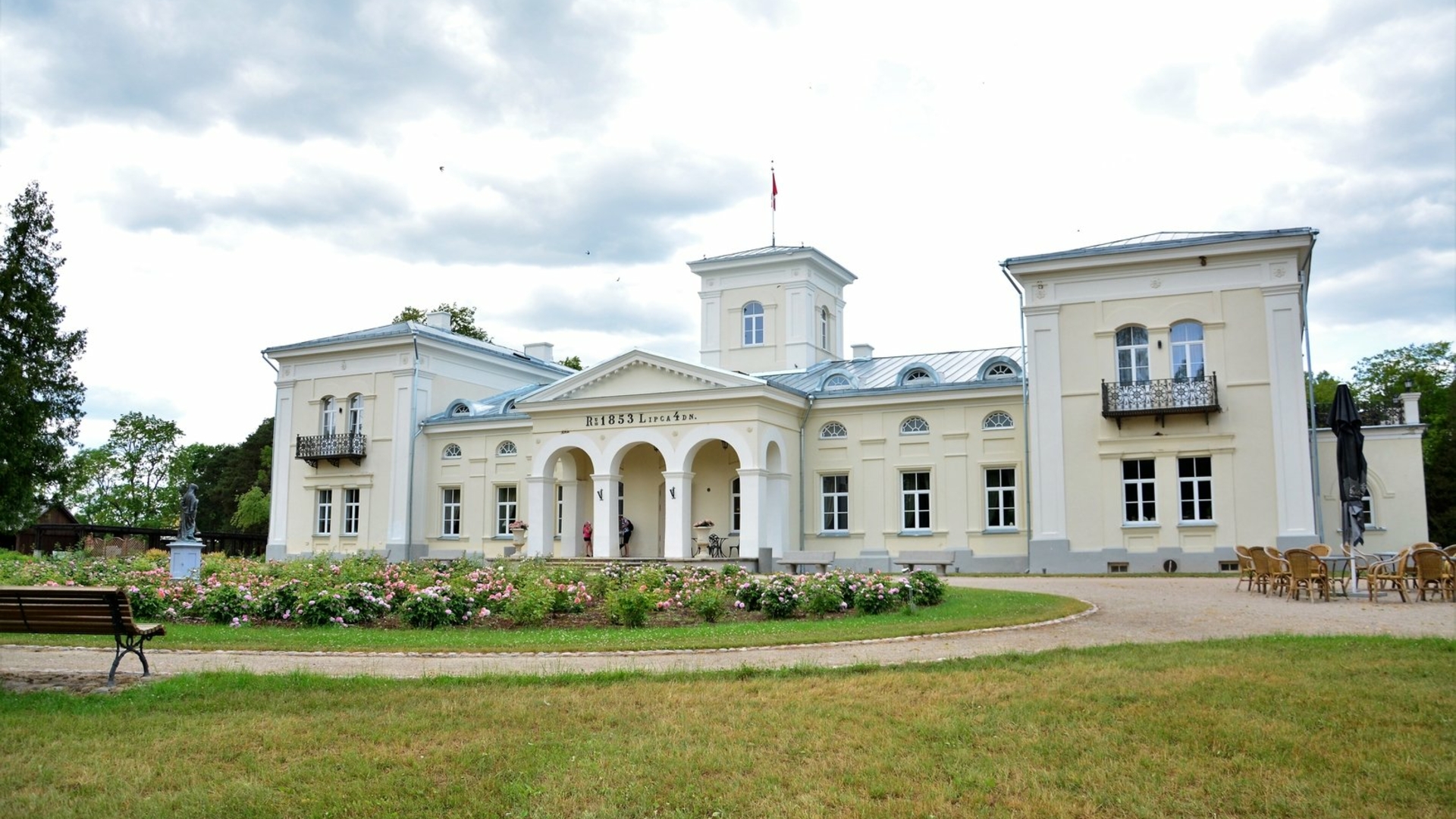 Burbiškis manor, located in Anykščiai Regional Park, near Rubikiai Lake, 8 km from Anykščiai. The stylish and attractive palace on the left side of Anykšta stream is a 19th century architectural monument and a pearl of the neoclassical era, enchanting with its subtlety and elegance.

The manor area is decorated with a gracefully fitted park, where more than 30 species of trees and shrubs still remain merges into the landscape scenery as an oasis of tranquility. The park is surrounded by Anykšta stream, full of spruce and birch alley greenery. In the park there are 22 local and 24 introduced species trees and shrubs growing, decorated with a pond of 7 islands, canals and bridges.

Burbiškis Manor House, built in 1853 by the Lihuanian - Polish noble family, Venclovavičiai, remains one of the most beautiful example of its sort in Anykščiai region. The whole manor estate has been granted a status of Burbiškis Landscape Architecture Reserve and is included in the European Heritage Sites list.

The Burbiškis Manor in the Anykščiai district as well as the village nearby were already known and mentioned in the 17th century, in the times of the Grand Duchy of Lithuania. The manor is mentioned in 1690, of the Vilnius voivodeship homestead list. In the 17-18th centuries the manor belonged to the Vilnius Academy, at the end of the 18th - to the Minsk elder. At the beginning of the 19th-20th centuries it was ruled by Venclovavičiai. Anupras Venclavovičius built a palace, planted a park, founded the tapestries workshop inside the manor. After the Venclovavičiai, the manor was owned by Petras Kriaučionis. In 1932, it was bought by a priest Pranciškus Zabiela who had returned from the USA. On the northeastern side of the manor house, Zabiela set up a church, rectory and established a parish, while the western side was given to a primary school.

The Burbiškis Manor ensemble has been reconstructed according to the design of 1853. Authentic ceiling and wall paintings, original brown ash-wood door, and surviving valuable decorated fireplaces by the walls have been restored. A special interior decoration is the authentic 19-century stoves covered with white glazed panels. Similar stoves are installed in the Presidential Palace of Lithuania, in Daukantas square. The Burbiškis manor is adapted for tourism needs, offering accommodation and catering services, organizing concerts, seminars, and exhibitions. The manor estate has regained its former purpose – it has become a cultural center in Anykščiai region.