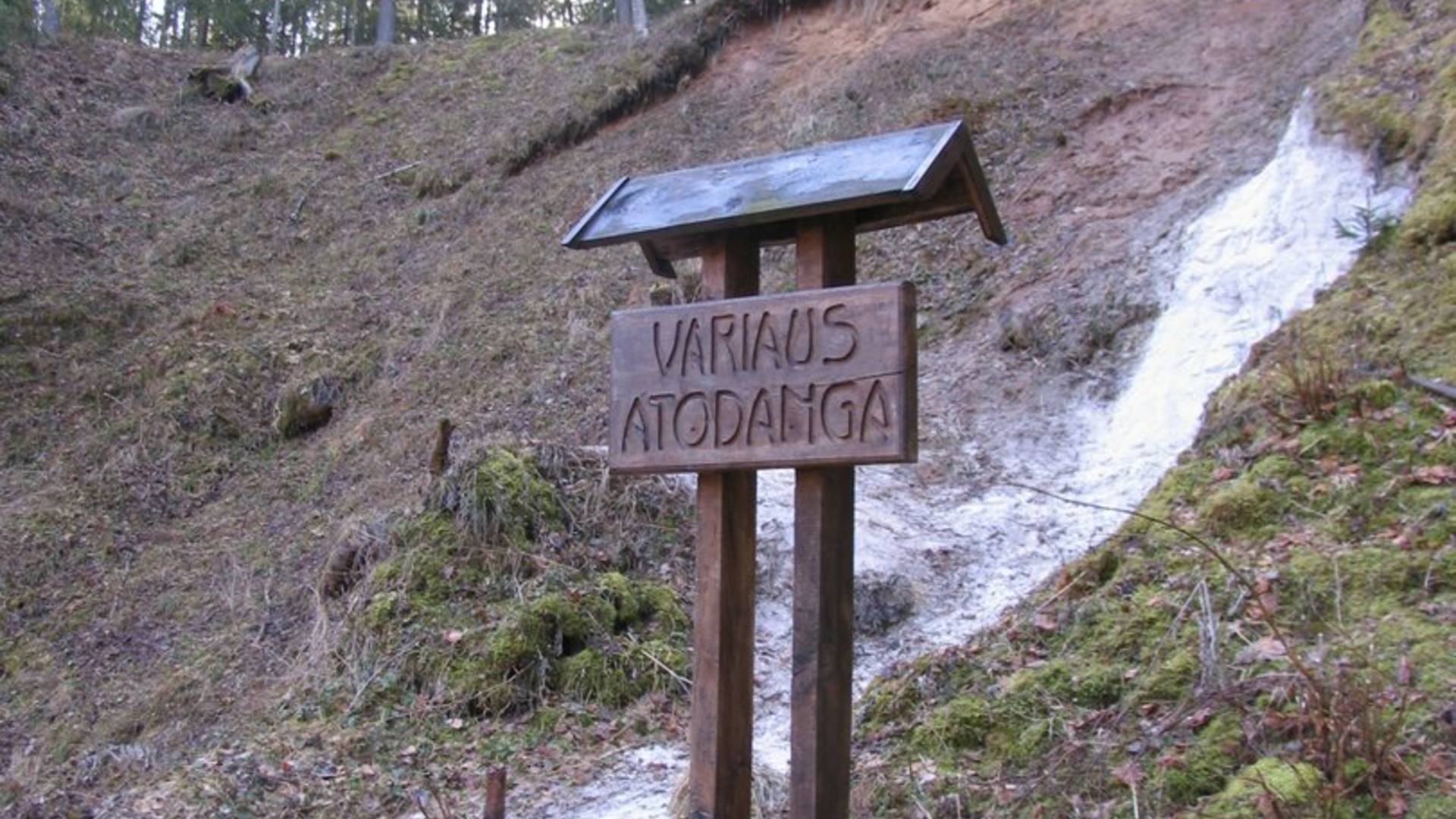 The Varius river, named after the colour of its copper-coloured water, is a nearly 15m high river bank with steep slopes. The length of the outcrop along the Varius river is approximately 26 meters. The thickest point in the Varius outcrop is characterised by sediments pushed and wrinkled by glaciers. According to the studies of spores and pollen, it may be concluded that the coal-rich quartz sand in the lower part of the outcrop formed during the Miocene (approx. 5 million years ago), and the pollen-free white quartz sand above it formed much later, in the late Pleistocene (approx. 12 thousand years ago) or even during the early quaternary period (during the current development period of the Earth). In 1987, it was recognized to be a geological heritage site by the state.

It is said that the devil fell in love with a beautiful woodland fae here, but she refused to marry him, so he made desperate attempts to capture her attention. The devil asked her to meet him by the river and, to impress her, he created a copper bridge over, but this angered the god Pērkons. When the devil and the woodland fae finally met on the bridge, Pērkons struck the bridge with lightning, melting the bridge and dissolving it into the water below. This made the water change its colour to copper, so the locals named it the river Varius.