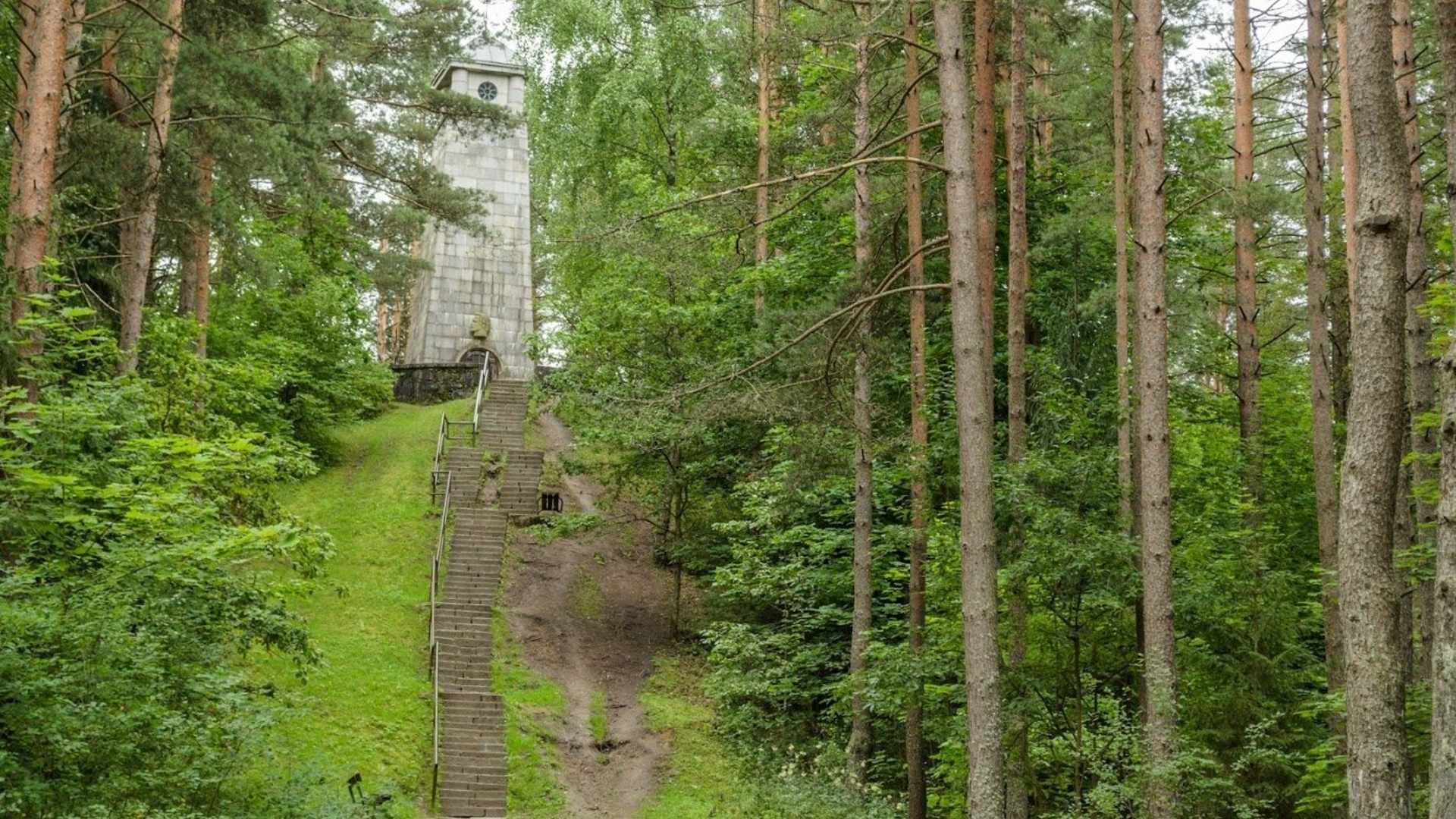 The Light of Happiness

"A wonderous light appeared on a tall, steep hill. It resembled a star, surrounded by a bright circle of golden letters. After the nearby folk noticed the light, they approached the hill in hopes to examine it closer, but they were unable to climb the top of the hill, nor decipher the meaning of the golden letters." So wrote Jonas Biliūnas in his fairy tale "The Light of Happiness" in 1905.

The tombstone of J. Biliūnas on Liudiškiai hill is called The Light of Happiness. J. Biliūnas died in 1907 in Zakopane, at the foot of the Tatra Mountains. He was buried there, because his wife Julija did not have money to bring his body back to his childhood home in Anykščiai. While still alive, the writer wrote his testament in a poem:

"When I die, bury me
On the bank of the river Šventoji:
So that my grave may face the village,
Where I grew up as a boy."

The will of J. Biliūnas was fulfilled in 1953. His remains were brought back from Poland to Lithuania and buried in Anykščiai at the top of this hill.

In 1985 a monument was built on his grave. The tombstone monument was given the name The Light of Happiness by its author, architect Vytautas Gabriūnas. The idea for a Light of Happiness was manifested in granite – the stone united all people’s dreams for happiness. All visitors that come to Anykščiai visit this place. Graduate students and engaged couples often come here during sunrise and entrust Jonas Biliūnas with their dreams of happiness.

The grave of this Lithuanian writer has become a place where many visitors, upon reaching the top of the hill and after a moment of reflection, decide to lead their lives so that the lives of their loved ones "would be happy as if wound with roses and lilies".

The historical inhabitants of Anykščiai call Liudiškiai hill the sand hill or the "Sachara of Anykščiai", because it was once a bald, windy hill, with no trees. The Light of Happiness rises up to the sky from atop this hill. The writer Antanas Vienuolis-Žukauskas would often visit this hill alone or with a company and admire the surroundings of Anykščiai. He was the one who picked this particular hill to be the resting place of the writer Jonas Biliūnas.