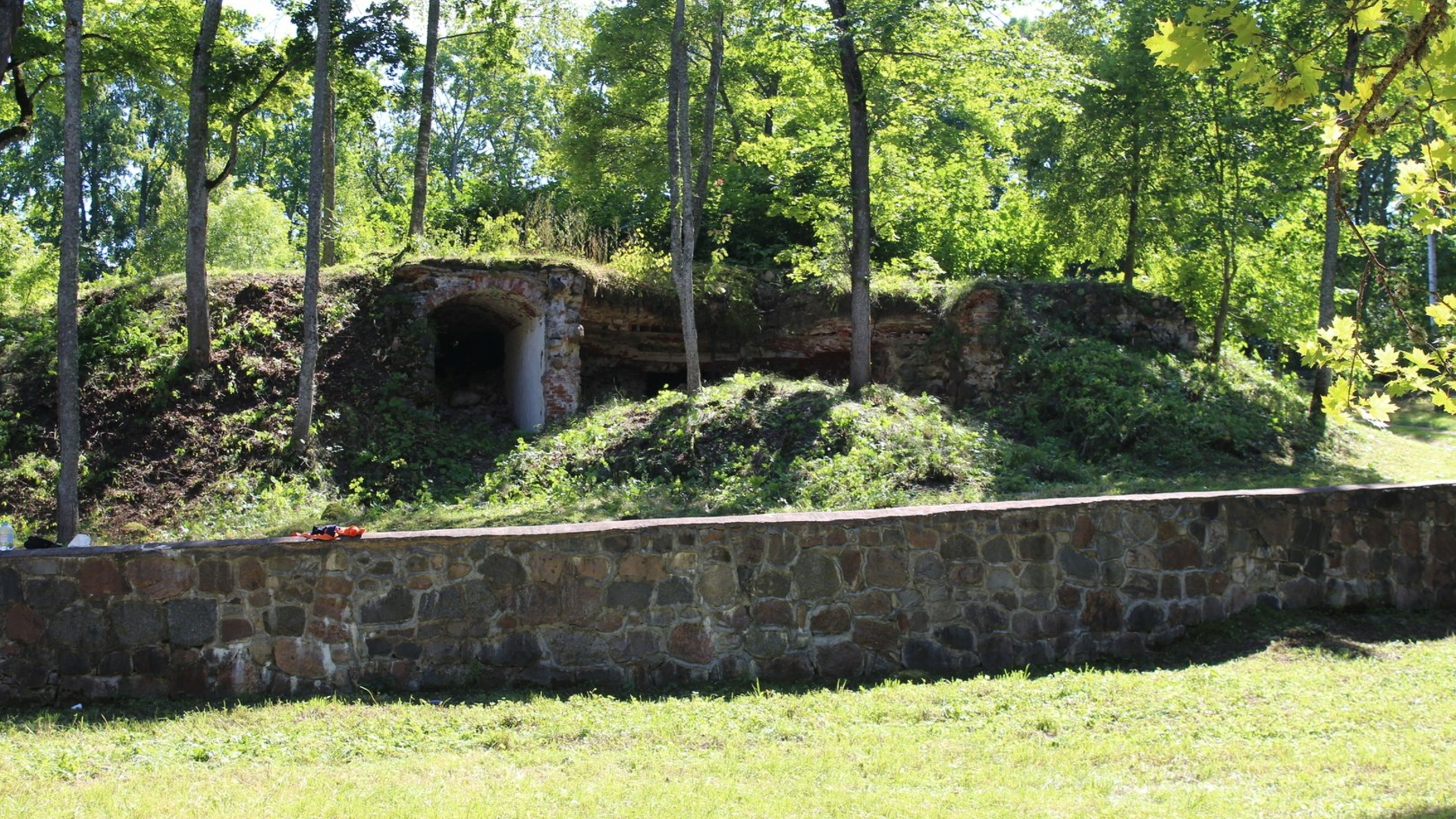 The ancient Selonian castle mound was inhabited from the 1st century BC. Today, the ruins of the former Veclaši (Tiesenhausen) Manor are visible on the hill.

The original form of Laši Castle Mound was significantly altered by the construction of the castle. During the visit of A. Bielenstein there was a wooden castle on the hill that was later demolished to build a stone castle instead. The latter was destroyed during the First World War. During the construction of the stone castle, a stone wall was erected around the edge of the castle mound and a curving driveway was built on the northern side.

The cultural layer of a settlement found at the northern foot of the mound testifies to the fact that there once stood a castle. Fragments of handmade plastered pottery as well as smooth and wheel-made pottery were found on the site and could indicate that the castle mound was used from the 1st mill. BC to late Iron Age (10th - 12th century).
Laši Manor Castle was built in 1881 and destroyed during the First World War. The castle was one of the most impressive Neo-Gothic monuments in Latvia. In the early 1800s, it was owned by K. Tiesenhausen (1786 - 1853); his daughter Maria (1827 - 1890) married Count Psezdecky (1814 - 1871) and after Tiesenhausen’s death the manor was transferred into the property of Psezdecky. It was inherited by the Count's son Alexander Konstantin (1846 - 1897) whose wife was Elisabeth Plater-Sieberg (1844 - 1907). The last owner of the manor was their son Reinold (1884 - 1955).