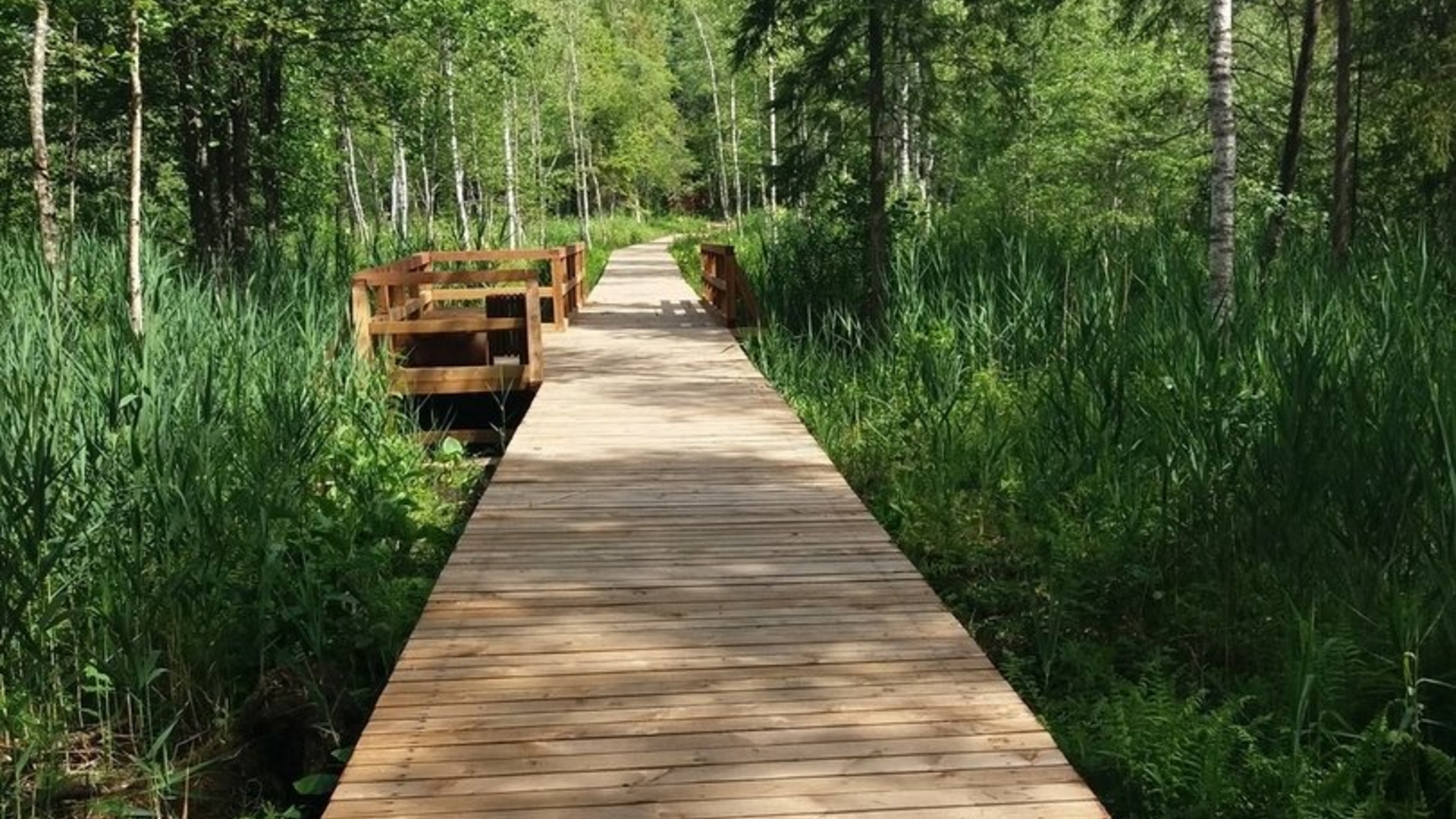 The Love Trail is a great place for active recreation, walks, environmental education. It is a popular tourist destination in Viesit. Taku can be enjoyed by starting a walk from two places - from the Viesite Museum "Selija" and from the city's historic center on Brivibas Street 2. Starting a walk from the historic center of the city, we arrive at Mazā līcī. The well-appointed resting places on the shore of the Little Lake add to the possibilities to watch the birds. Two islands with sandy soil composition and a different plant state rise to the lake shore, in contrast to the rich peat soil in the lower places. On the hill on the hill there is a well-equipped children's playground - a nice place for families with children. The trail connects Love Island with the city's historic center, its length is about 600m.

Starting a walk from the museum on A. Brodeles street No.7, walking along Kaļķu street, Valeskalnins is on the right side. Teika says that once, when two giants fought and dropped one of them, it was buried there. The Milky Way then is Valeskalnin himself, also known as the Āža's back. This is an interesting form of nature, notable as the only part of the Selia Valley, formed by the melting of the glacier and consisting of glacial melting sediments. Valeskalnins is the only geological monument in Viesite and its surroundings. After about 10-15 minutes walk, Love Island will be reached. The trail goes further to the city center.