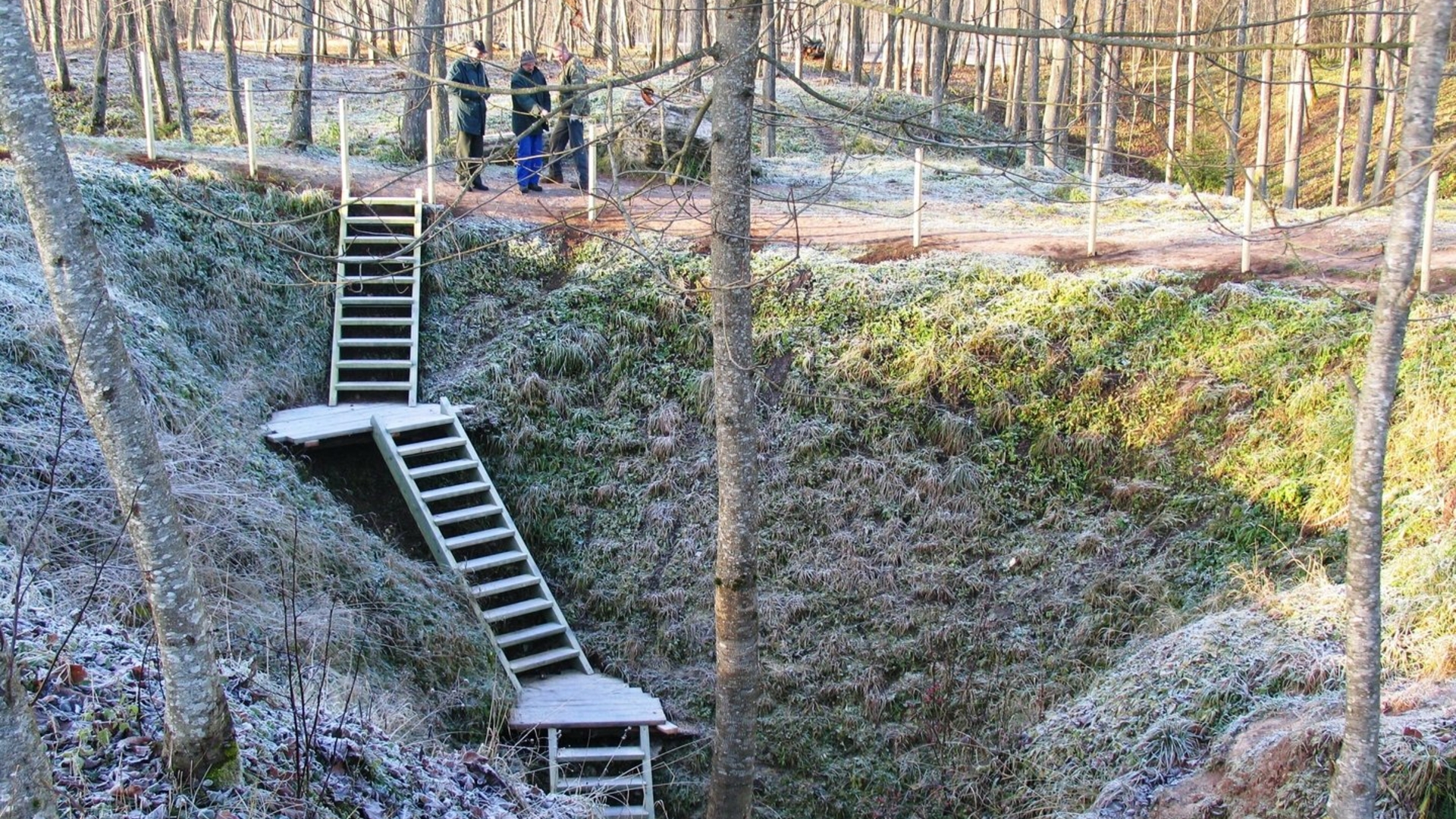 Today an adjacent smaller sinkhole in the north-east part has mingled with Karvės ola. The total length of the long axis is 22,2 m. The western great part is 15,3 m in diameter, its depth is over 12,5 m, the eastern small part is 9,4 m in diameter, and its depth is about 5,3 m. An underground cavity that has formed instead of dissolved gypsum opens up at the bottom of the sinkhole, from the depth of 9,5 m (it is 3,1 m in height and in similar width). Several caves also extend to the sides from the cavity. The volume of the underground cavity with caves is 28 m3, the floor area is 42 m2, its total length is 46 m (one cave is 10 m long). There are five caves: Šlapioji ola (Wet cave), Siauroji landa (Narrow burrow), Šikšnosparnių landa (Bat burrow) (was detected by bats), Rupūžės ola (Toe cave) with an underground “lakelet” (1,5 m in depth) and Blizganti ola (Lustrous cave).

Mantagailiškio k., Biržų r., Lietuva
We recommend watching this site through other browsers, for example. Microsoft Edge
I understood