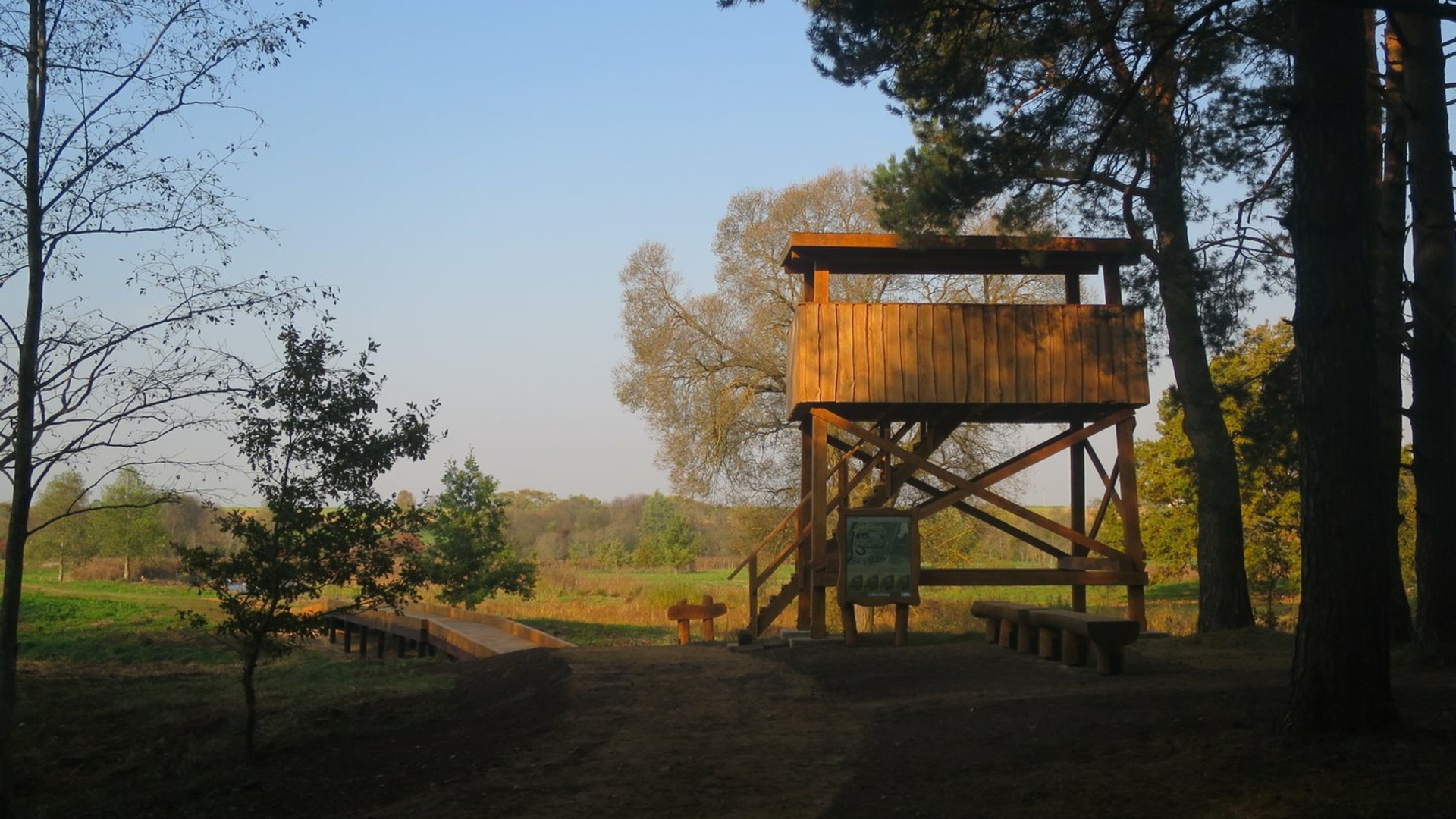 Would you like to see what the natural wet meadows of the Nevėžis River valley with the labyrinths of old waterbeds look like? Take a stroll on the 1.6 km cognitive trail. During each season the trail looks differently: in winter it is covered with snow and ice, in spring and summer it is full of blossoming plants and life. In early spring, the trail can be flooded and occupied by migrating birds. After ascending the 6 m high tower at the beginning of the trail, you will be able to inspect the area from the above, and get acquainted with the plant and animal species found of the trail which are described on the information boards. Take a stroll on the Nevėžis River Valley Cognitive Trail: see the plants that grow in damp trenches, meadows, along the old riverbed, by the river and in the water; listen to the voices of the birds and be attentive: maybe you will meet a young roe pasturing in the meadow, flying butterflies or a beaver plopping into the water.

Upon request, the staff of the Krekenava Regional Park Directorate will be pleased to give you a guided tour of the cognitive trail, and to introduce the structure of the valley and the plants growing there.

+370 454 54040
[email protected]
www.krpd.am.lt
We recommend watching this site through other browsers, for example. Microsoft Edge
I understood