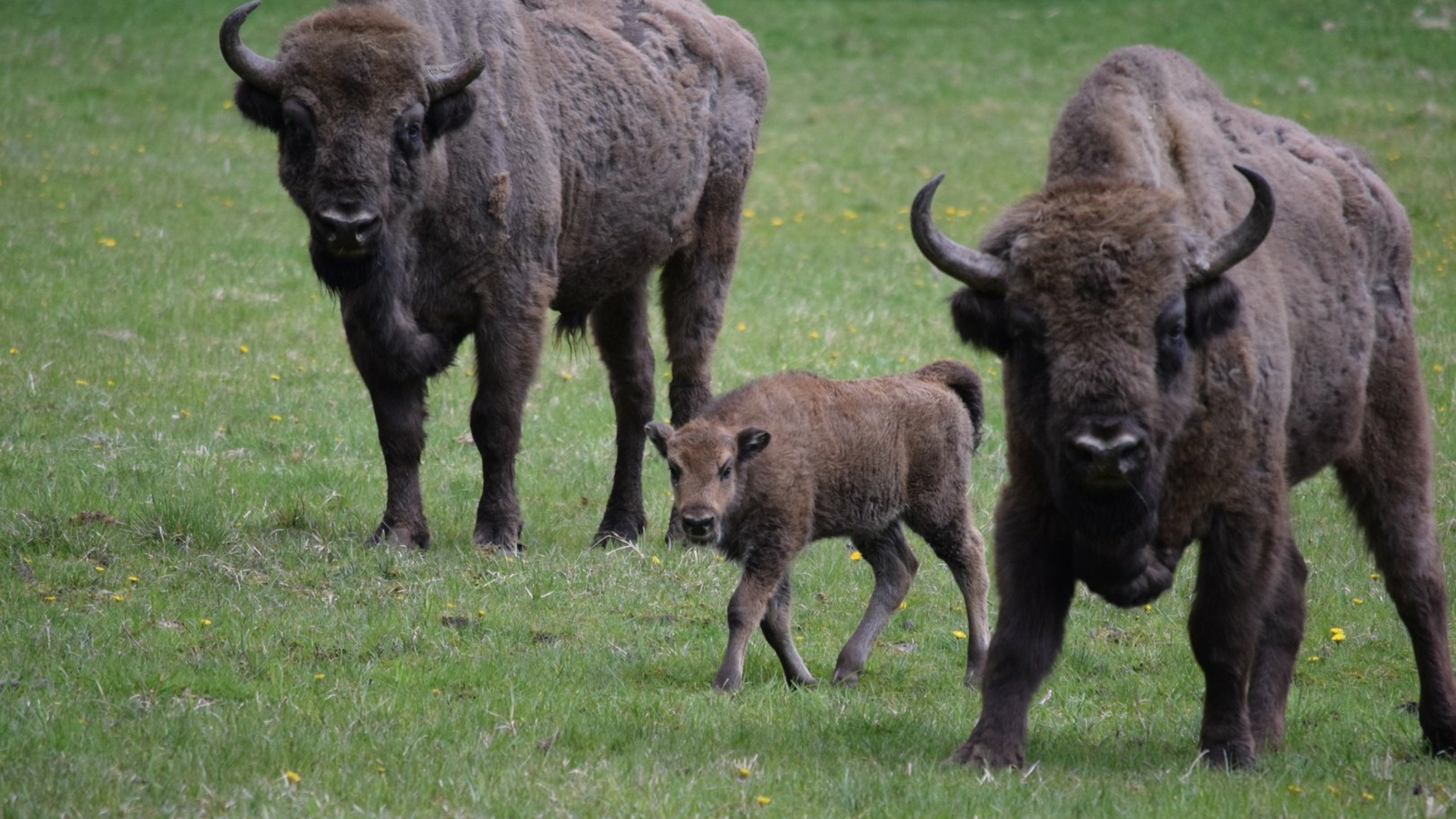 Krekenava Regional Park is the only protected area in Lithuania where you can see freely pasturing the largest European beast – the European bison (Bison bonasus L.). The revival of the bison in Lithuania in the year 1969 started precisely here, in Pašiliai bison paddock.

In ancient times, there were many bison in Lithuanian forests. Unfortunately, because of the expanding cultivated fields and forest areas and increased hunting, in the middle of the 19th century bison no longer lived in Lithuania. By the efforts of scientists, the current population of wild bison has been restored from the bison kept in zoos and private collections.

In Lithuania the bison are being released to freedom since 1973, and recently a herd of around 20-30 bison started wandering around the Pašiliai forest. You can observe these great beasts in the Bison Paddock of Pašiliai. There is a special observatory site for this purpose, next to the Cognitive Forest Trail.