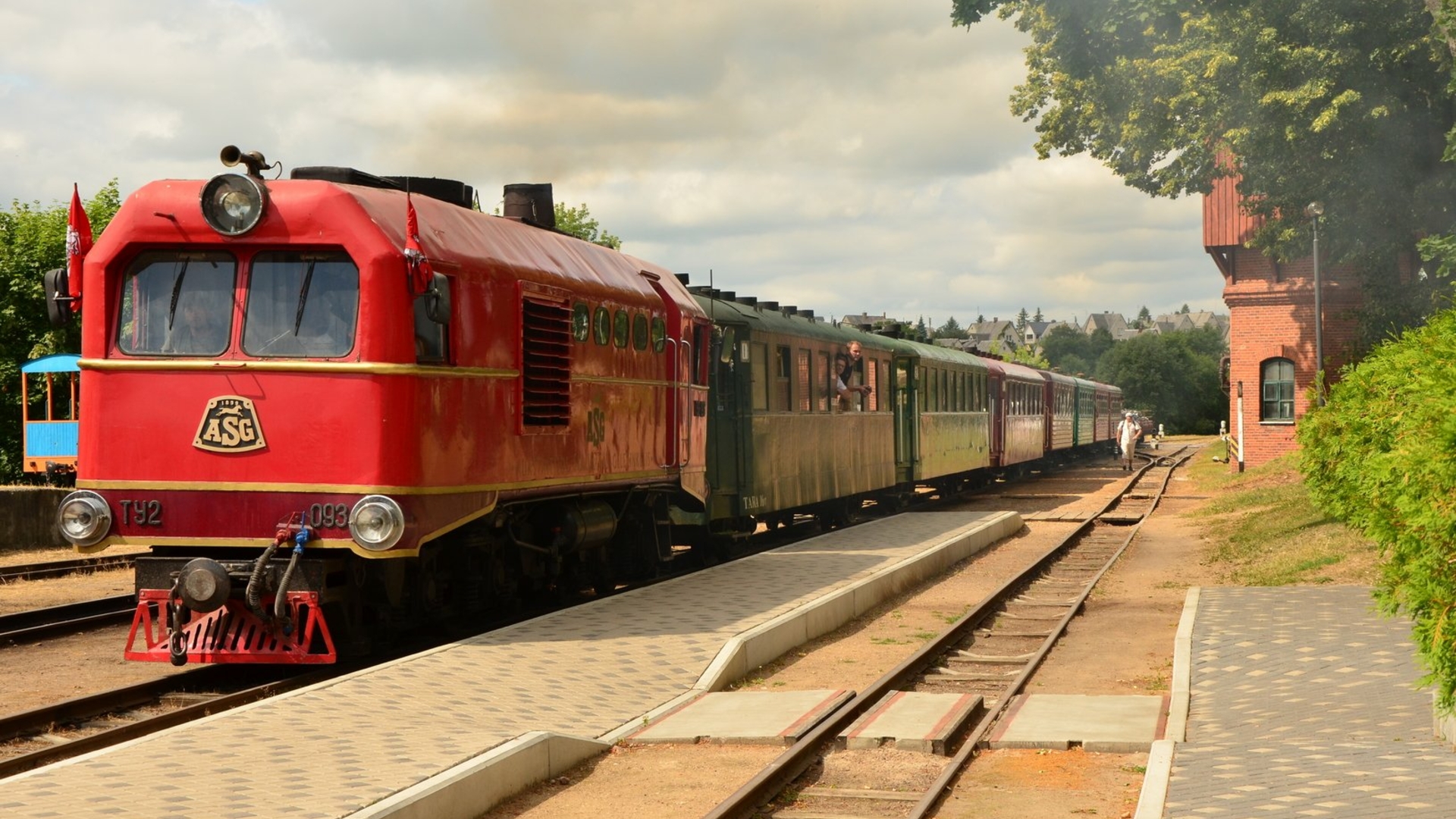 Siaurukas is the way the locals refer to the Aukštaitija Narrow-Gauge Railway that has been delighting visitors and locals for two centuries. It began operation in 1899 - a time of locomotives and wooden wagons. The narrow-gauge railway reached Anykščiai at the end of the last century. The narrow-gauge railroad Pastovys-Švenčionėliai-Utena-Panevėžys was built under the rule of the Tzar and served as a means for transporting timber from massively cut down forests as well as passengers. This was the primary means of transportation even during the postwar era, after the introduction of intercity buses. Citizens of Anykščiai would ride the narrow-gauge railway to Švenčionėliai to reach Vilnius from there. It was also used during the mass deportations of people to Siberia, delivering people to the nearest wide-gauge railway station. Many of these people never returned.

In the first half of the 20th century, the narrow-gauge was the primary means of transportation in Aukštaitija, transporting both passengers and cargo. Goods such as flax, bacon, sugar beet, flour, butter, seeds, timber and sand were transported via the narrow-gauge railway to Panevėžys. The farmers used the railway to transport salt, fertilizer, kerosene and coal. The railway served different purposes in different periods. The use of the railway increased significantly during the interwar period when it was widely used in various branches of the economy. Later, however, its operation began to decrease. In 1996, the railway branch to the north of Panevėžys was closed. In 2001, it was no longer used as a means for transporting passengers and instead became a historical tourist attraction after the opening of a narrow-gauge railway museum at the Anykščiai station. Siaurukas is currently considered to be one of the most unique and protected objects in the cultural heritage of the Republic of Lithuania.

Another interesting place to visit is the Anykščiai railway station, built in 1901 and located in the northern part of Anykščiai, near the narrow-gauge railway line Rubikiai–Anykščiai–Panevėžys. Visiting the station is like going back in time to the previous century. The entire station complex has survived to this day without any major changes and it includes a water tower, a water station, the main building of the railway station, a goods warehouse, a metal bridge and the rails. Such famous figures as Jonas Biliūnas and Antanas Vienuolis used to travel from Anykščiai using the railway during their studies.

In the olden days many of the town’s people would go for a walk to the station every evening not just to watch the train arrive or leave, but also to socialize. Citizens of Anykščiai used to wear outwear when visiting the station and sometimes purchase steaming potato dumplings that were sold by the local vendors. A walk through the station was like going on holiday. In recent years, the capabilities of presenting the complex have expanded: it now features a carport for the protection of vehicles and visitors may even take a ride on the active historical exhibits – bikes on rails and manually operated railcars. An important highlight of the station is the Siaurukas locomotive "Kukuška", built in 1949 at the Škoda automobile factory.

The mission of the Narrow-Gauge Railway Station Museum is to maintain a functioning narrow-gauge railway and effectively integrate it into modern society. Tourists are tempted to visit the old railway due to its preserved functioning state and more than fifty natural, historical and cultural heritage sites found along its path.