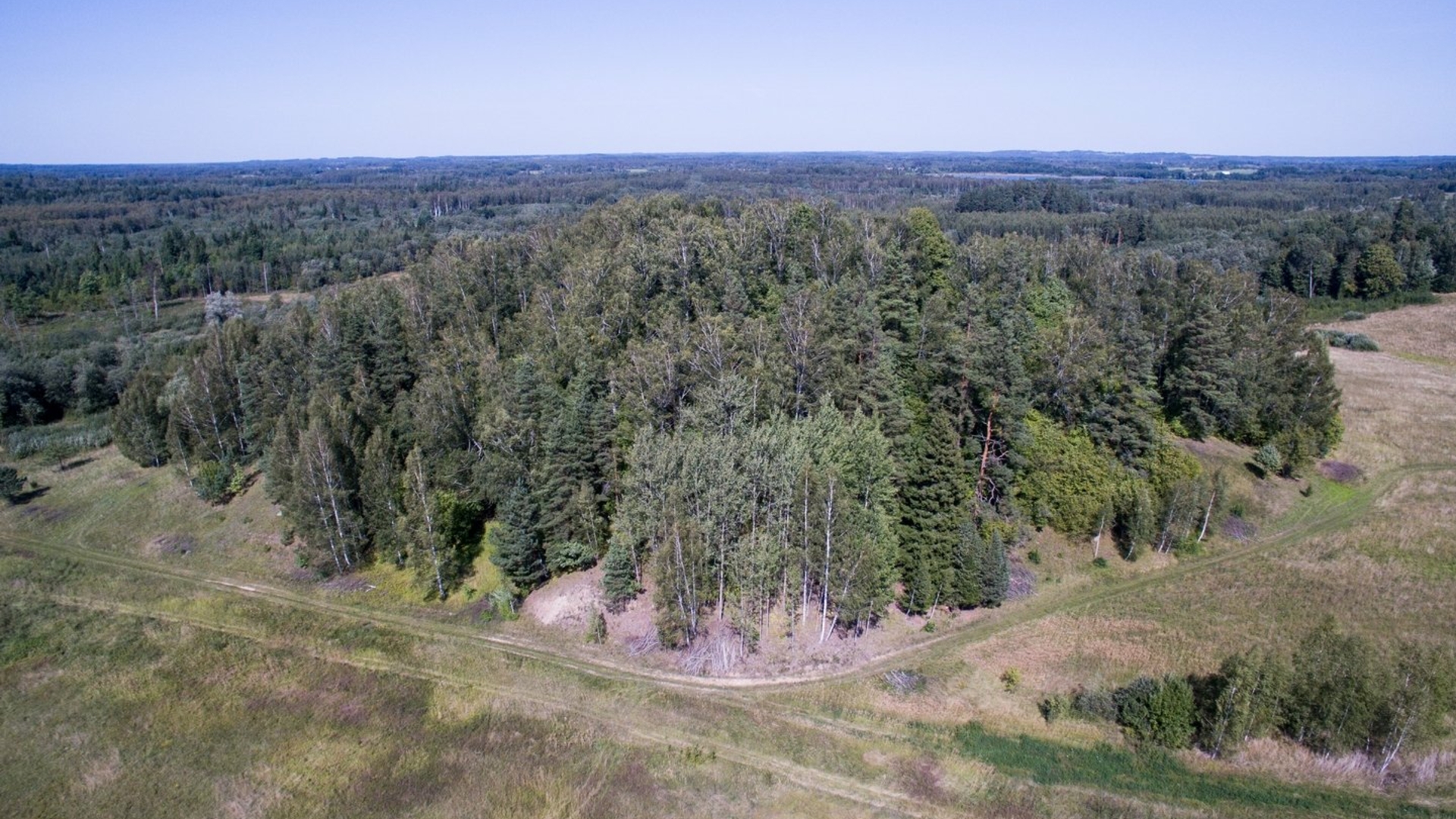 A series of castle mounds extending over the territory of Viesite from the Lithuanian border to the south to the Daugava in the north, marking the tribal culture, trade and war paths of the tribal tribes. The castle mound is a spectacular dominant feature of the Seljumi's hilly landscape. The castle mound reminds of the livelihood of the tribal tribe. Stupeliai Hill is a castle mound with a settlement in Rites parish. It is located near the Kalnastapelė house, about half a kilometer from Margaskalns. It is possible that Stupeliai hillfort in the border area has been the most powerful in the old countries of the bay. The antiques found in earlier times were once held at the Kurzeme Province Museum. The castle mound covers from all sides a settlement with an area of ​​around 3 ha. The castle mound belongs to the type of terraced castle mound and is connected with a center of the mireland. The stupel castle mound has a large stone on the northwest. It is a flaky, burnt granite stone (Rapakivi granite - viborgite). The length is 6.5 meters, the width is 5.7 meters and the height of the slope is 2.7 meters, on the hill - 0.2 meters.

Archaeological excavations have been carried out around the stone archaeologist Adolf Stubava, several antiques have been discovered, clay cover has been discovered, which is described as a settlement place and perhaps also a collective dwelling place of the castle mound. The cult site dates from the 10th to the 12th / 13th centuries. It is possible that various cult events on the stone occurred earlier.

Chałowski Castle mound - a castle mound with a settlement in Rites parish is located at the border with Elksņu parish. It is a separate 20 m high mountain with very steep edges. Here you will find shed places, fortifications, ceramic fragments, stone axes, which indicate its population even before our era. From the hill you will have a spacious view of the southwest valley and the surrounding area. Following the memories of people in the memorial, the church was sunken in the Chaika mound. The Śląski castle mound is one of the 100 castle mounds in Latvia, where the European cultural heritage flags were lifted in September 1998.

Margas castle mound is a national archaeological monument. It was already in 1882 that the founder of the castle mound, August Bielenstein, first published a story about the Margh's Mountain as an old sacrificial site. The name of the mountain originated from the Lithuanian language, in which "girl", "girl" means "virgin", "girl". According to Bilzenšteins, this is a cult place, a sanctuary corresponding to the nearby Stupeliai castle mound.