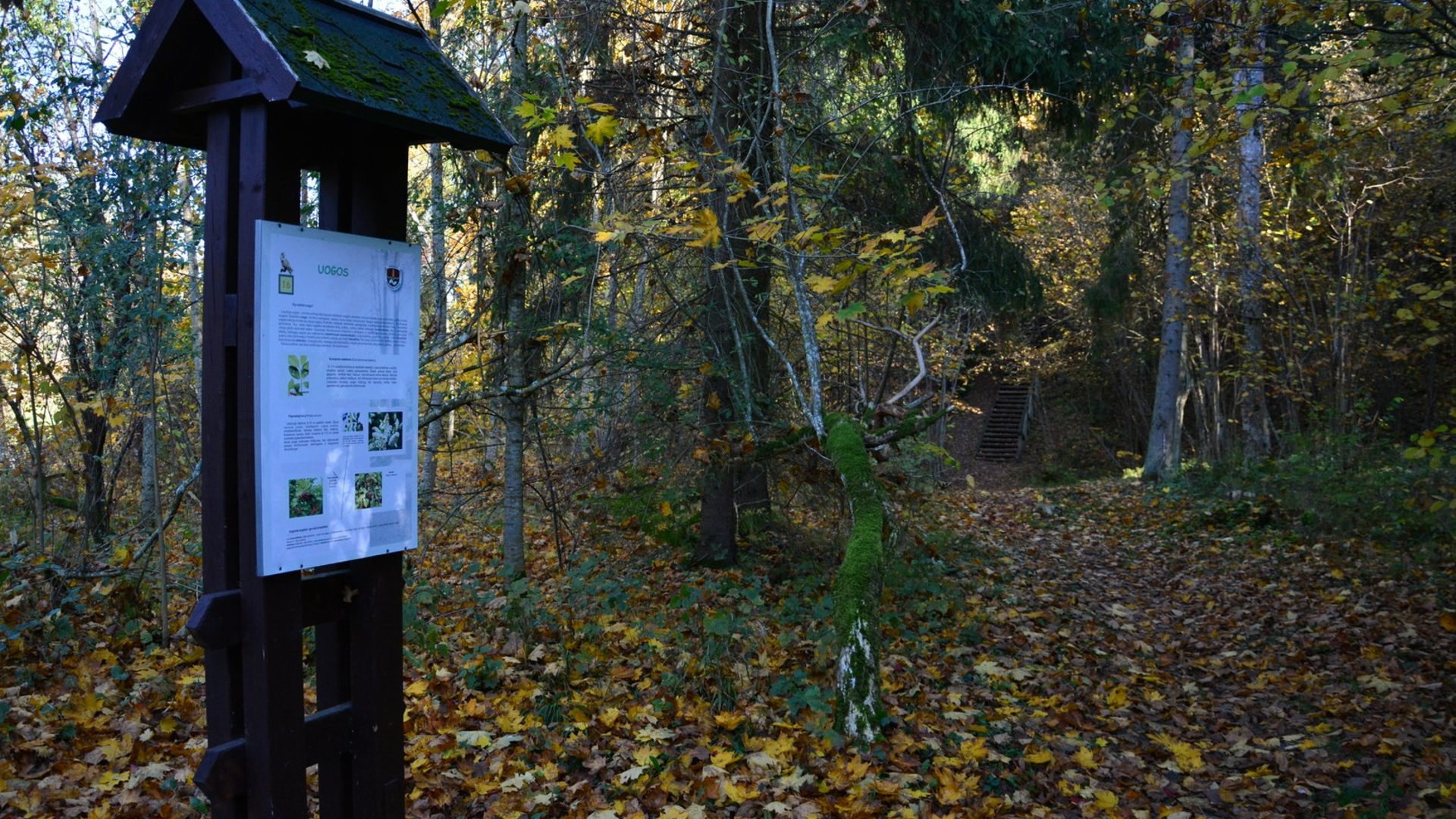 The Cognitive Path of Šventoji

The Cognitive Path of Šventoji is 4.7 km long. As you go, you will get acquainted with the vegetation of the Anykščiai Pinewood landscape reserve and will get a chance to rest as you spend time in the woods.

The Anykščiai Pinewood landscape reserve occupies an area of 1421,5  hectares. The Reserve was established to preserve valuable complexes, the structure and exterior of which were determined both by natural processes and by long-term human activities. According to the botanical studies, 769 higher plant species are found here, of which more than 20 are recorded in the Red Data Book of Lithuania.

Do you know what a tree hollow is and what it is needed for? Across the Cognitive Path, a receiver pine grows 24 meters tall with about 30 hollows in it. The tree is like a kind of an animal hotel. This is a protected botanical heritage site of the Anykščiai District municipality.

In Lithuania, there are about 30 thousand streams, creeks and rivers longer than 250 meters. Šlavė is one of the most interesting streams of the Anykščiai Pinewood, with somber, hidden slopes, from which spruce branches stretch in straight lines. Even on the brightest day, this place is filled with twilight, chilling air and moisture of the moss. Cold, clear water runs through rocky piles and uneven roots. Šlavė not only amazes with its mysterious beauty, but is also of great scientific value with its oldest geological layers dating back to the Devonian period.

As you walk down the Cognitive Path, you will reach a meadow steppe that is the most natural and most valuable meadow here in many ways. This type of meadow usually forms on the slopes of dry hills, in riverside valleys on dry terraces and on slopes, and in sunny areas. The plant layer is rich in species, especially abundant in colorful legumes and various herbs. The species here include the yellow-flowered alfalfa, the simple cistaceae and the medical soapwort.

The entire path twists along the left bank of the Šventoji river. Šventoji is the longest river (246 km) beginning and ending in the territory of Lithuania. It reaches Anykščiai about two thirds into its journey, already quite broad, having taken in tens of tributaries and inflows. About 85 km of its blue ribbon stretches through the district, while 34 km thereof lies within the territory of Anyksciai Regional Park. One of the most interesting water tourism routes to get acquainted with the nature of the park, is a trip on the Šventoji river.

The start of the route is at the end of Vilnius Street, next to "SPA Vilnius Anykščiai". At the end of the Cognitive Path lies the Puntukas Stone, and next to it – the Treetop Walking Path. The Cognitive Path is marked by green circles painted on tree trunks. In total, 17 stands have been installed, where you can learn about the Anykščiai Pinewood as extensively written about by Antanas Baranauskas; its plants and natural processes.