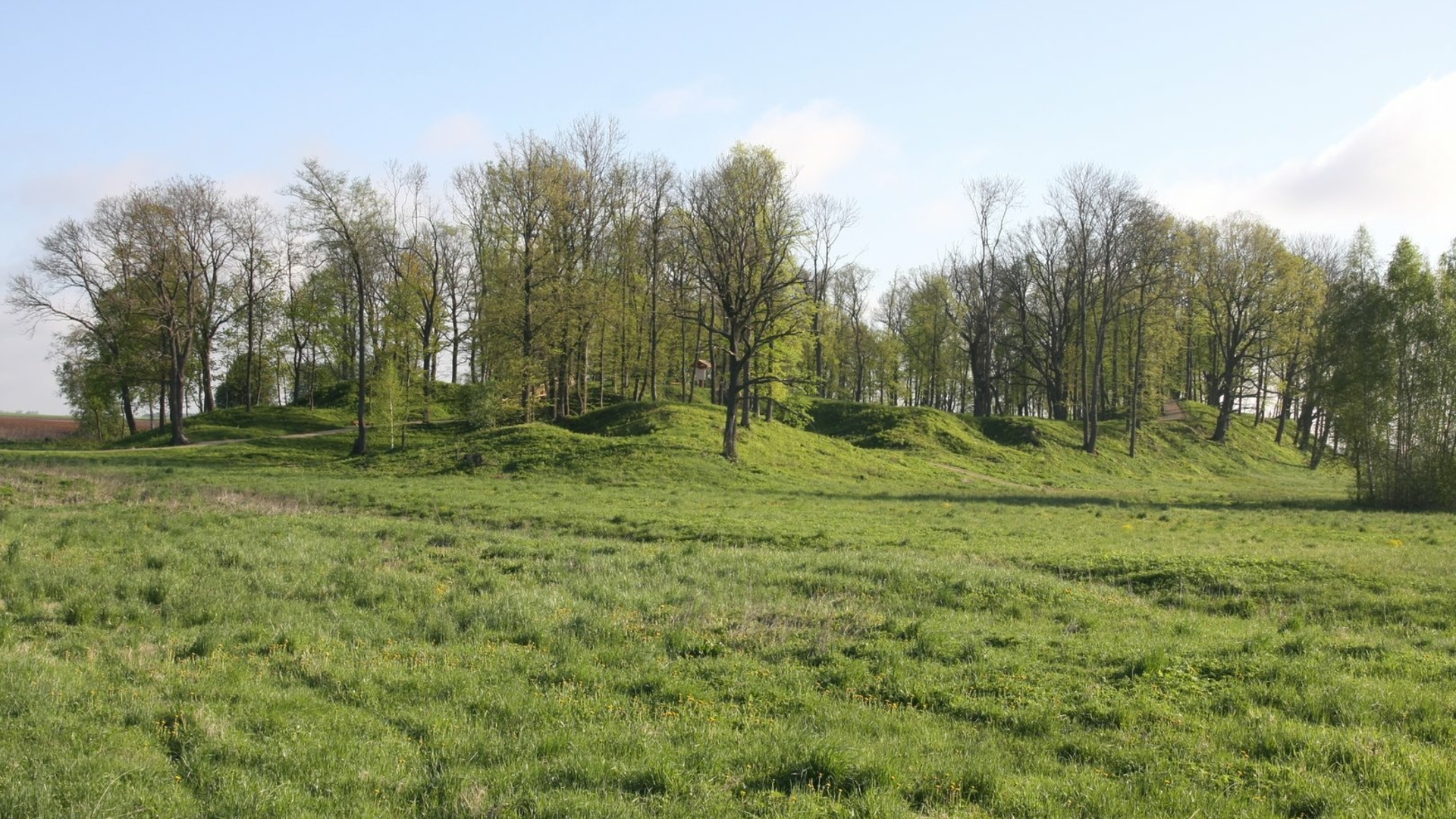 Surrounded by legends and fairy tales, Upytė mound is near the village of Upytė. In ancient times, this mound was an island, surrounded by swamps, and access to this place was possible only by boat or by a hidden underwater stony road called “kūlgrinda”. It is believed that in the 13th -14th centuries there was a castle here that was of great importance in the battle against the Livonian Order. Upytė mound is also called Čičinskas hill. In the 16th century there lived a nobleman Vladislav Sicinsky, who was the first nobleman in the Seimas (the Parliament) of the Republic of the Two Nations, to take the advantage of the liberum veto right and to destroy the Seimas of Warsaw. Later, a lot of stories, fairy tales, and legends were created about the wicked lord Chichinsky. One of the most famous fairy tales is about the manor, which was swallowed up by the earth. Whatever the case, in the middle of the castle mound, you will surely find an impressive hole which you will be able to explore from all sides. Upytė mound is visited all year round at any time of the day. The mound is perfectly visible from the road Krekenava-Panevėžys, with a pit stop nearby.