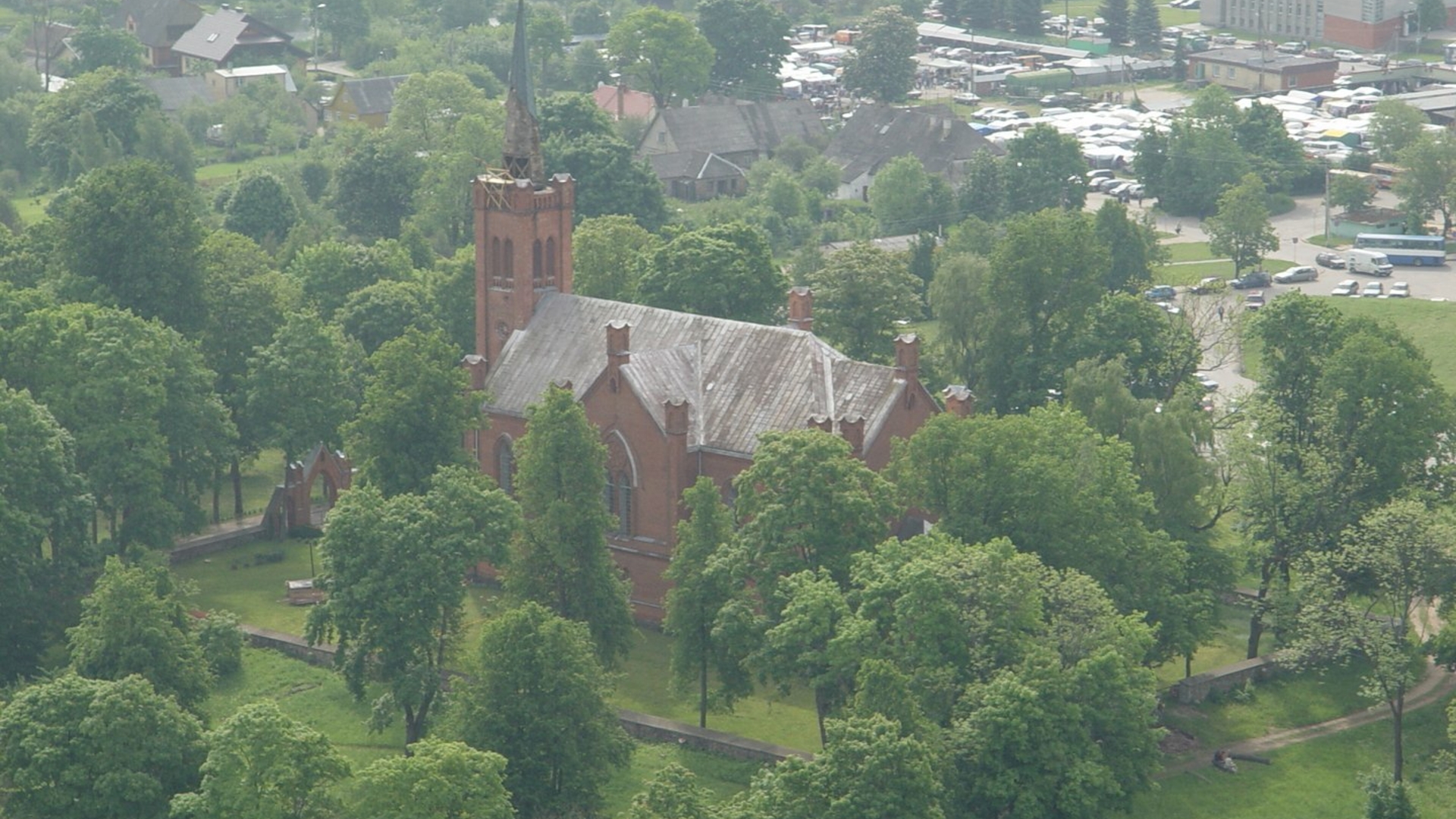 The origin of the name Biržai remains unclear. It can be assumed that the name is derived from a generic word biržis “beržynas“ (birch grove), “ruplusis beržas“ (rough birch), biržė “beržynėlis“, biržtva “beržynas, baltmiškis“ (birch grow, white forest). Consequently, the original meaning could be associated with the terms concerning forest, bushes, birch grow. It is supposed that the territory was overgrown with lots of birches when the first locals have settled here.

The Roman Catholic church of Saint John the Baptist in Biržai was built in 1857-1861. Its construction was funded by the nobleman and count Jan Tyszkiewicz. It is believed that the church was built according to the project of Tomasz Tyszecki, the alumnus of Vilnius University (he has also designed Astravas palace). Architecturally, the church is a harmonious synthesis of Classicism and Baroque, even though it is dominated by the features of late Baroque (the towers of three time slots).

The Neo-Gothic Evangelical Reformed Church, that was built in 1874 according to the project of H. Shell, an architect from Riga, is reminiscent of the times of the noble Radziwiłł family. This family, starting from Krzysztof Mikołaj "Perkūnas" Radziwiłł, preached and propagated Evangelical Reformed faith in the region: only evangelical Christians could hold the position of a burgomaster (master of the town), advisor, or of a meetingman of the city court. Catholics were prohibited from such opportunity. Krzysztof Mikołaj "Perkūnas" Radziwiłł has ordered the locals to attend Evangelical Reformed Church. Those who failed to attend worship were at risk of incurring penalties. As a result of such religious policy, almost exclusively evangelical reformers lived in Biržai during the days of prosperity of the Radziwiłł family. Princess Ludwika Karolina Radziwiłł, who for the second time married the catholic husband and consequently has embraced Catholicism, in 1692 has committed funds for the construction of Catholic Church.

Biržai
[email protected]
www.visitbirzai.lt
We recommend watching this site through other browsers, for example. Microsoft Edge
I understood