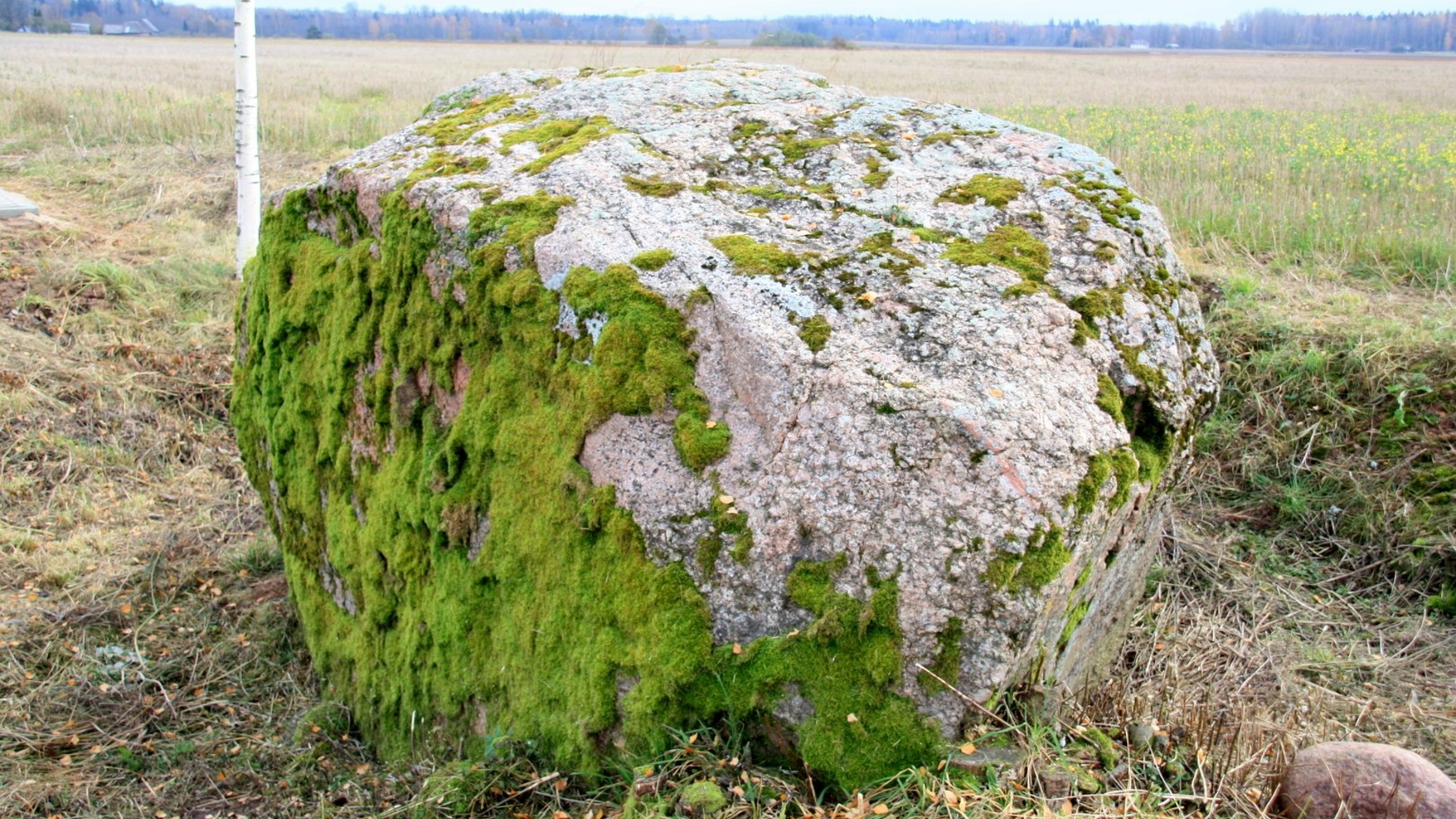 Birži Great Rock was only partially accessible until 1980. It was positioned in a glen, enclosed by trees, bushes and a mound of gathered rocks. When amelioration work was being done in the 80ies of 20th century, the rocks were taken away and field flattened but the Birži Great rock remained.

In 1983 there was an attempt to transport this giant to Sala parish Birži village. While excavating it, the huge size of it was revealed hence it was deemed immovable and the operation failed. Measurements of the rock: height - 2.80 m, circumference - 12.80 m, volume- 22 m3, weight - ~57 t. Due to its size, it falls in the category of the nationwide Great Rocks.