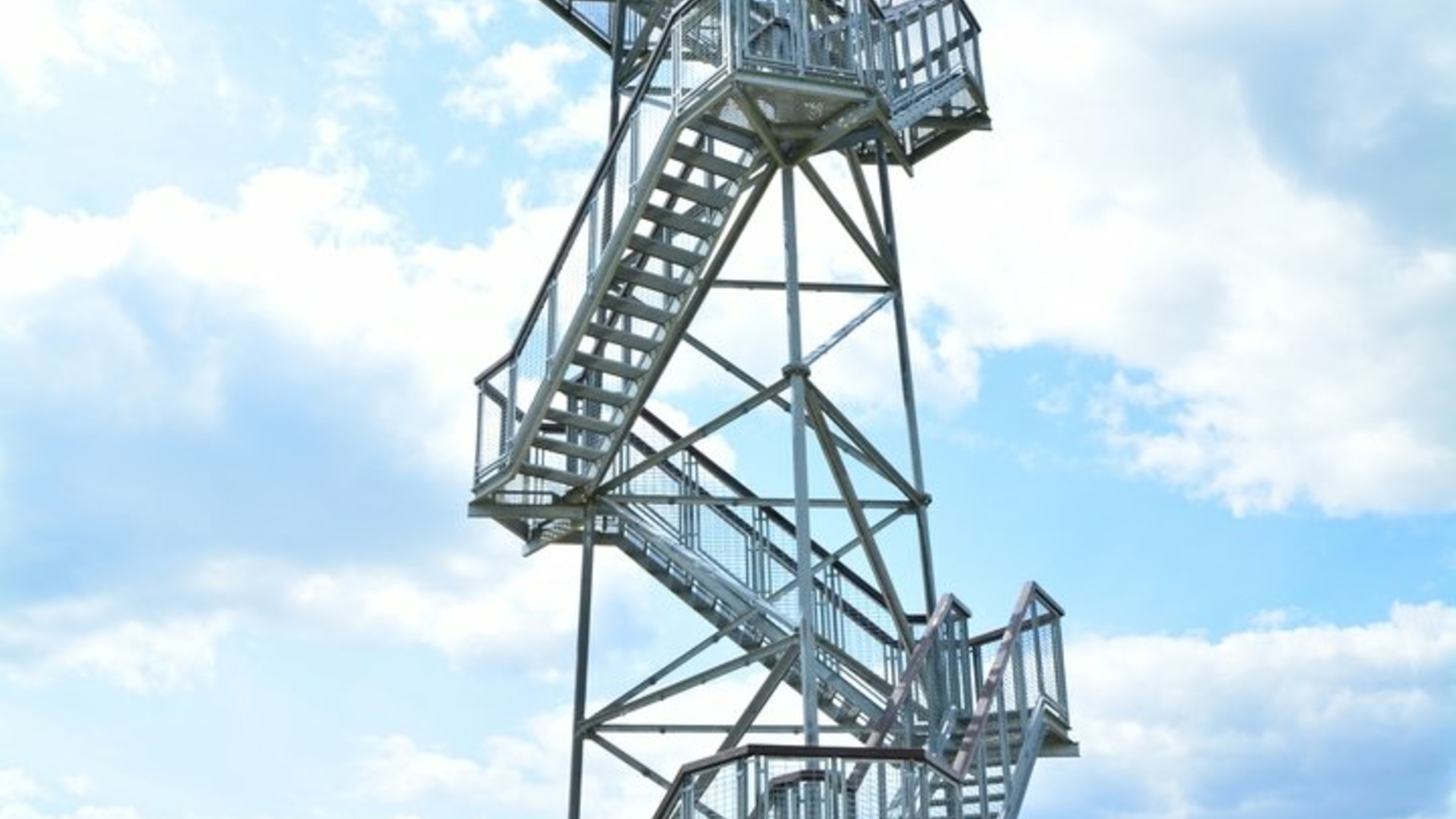 The Observation Tower of Bijeikiai

The observation tower, standing on a hill, located 163 meters above sea level, is located in the Anykščiai Regional Park of Bijeikiai village. If you climb the 15 metre tower, you fill find yourself looking at a magnificent view: the spectacular panorama of the Rubikiai hydrographic reserve, a view of lakes Rubikiai and Dusyno and the Bijeikiai mound and the Storiai hills. Lake Rubikiai is noteworthy for having sixteen islands with memorable names: Česnakinė, Bučinė, Varnagrotė, Pertako, Liepinė and others. The blue colour of the lake is especially beautiful on a sunny day and in the distance, you can see the towers of Debeikiai, Leliūnai and Alanta churches.

The Rubikiai lake is located in the NATURÀ 2000 territory, which is meant to protect a certain species of bat found in the region of the European Union - the pond bat.

The legends have it that there used to be a city in the middle of Rubikiai lake – the city of Anykščiai. One Easter morning, a priest was just about to take a walk around the church after holding mass, when a reed suddenly sprouted from the ground of the church and grew all the way to the roof of the church. The people and the priest were scared and didn’t know what to do. They began praying to God and circling the church. One young man got a horse, fled the church and rode to Anykščiai. When he gained some distance from the church, he suddenly heard a terrible noise behind him, but did not turn around to look, and hurried his horse to run faster. When he was sufficiently far away from the church, he stopped and turned and saw that a giant, glistening lake had formed where the church once stood. He heard the ringing of a church bell and the sound of people singing a bitter song. He was the only one who survived.

After this terrible event, the people living near Rubikiai lake have said to have heard a church bell ringing and that very same bitter song every Easter morning for several years.

The fishermen fishing in the lake have said to have seen a large church bell emerge from the water but none of them have managed to pull it out because, in order to do so, they had to know the name of the bell, but none of them could guess it. If they had succeeded, the city would rise to the surface. The fishermen have only managed to catch small bells which the ministrants used during mass.

There is a location on the lake which doesn’t freeze even during the coldest months of winter. Folk say that that is where the church altar and its monstrance is located. The locals have tried to measure the depth of the lake in this location but as many times as they have tried, by tying several pieces of rope together and tying it to a large stone, they have never reached the bottom. People call this particular place Šventavartè.