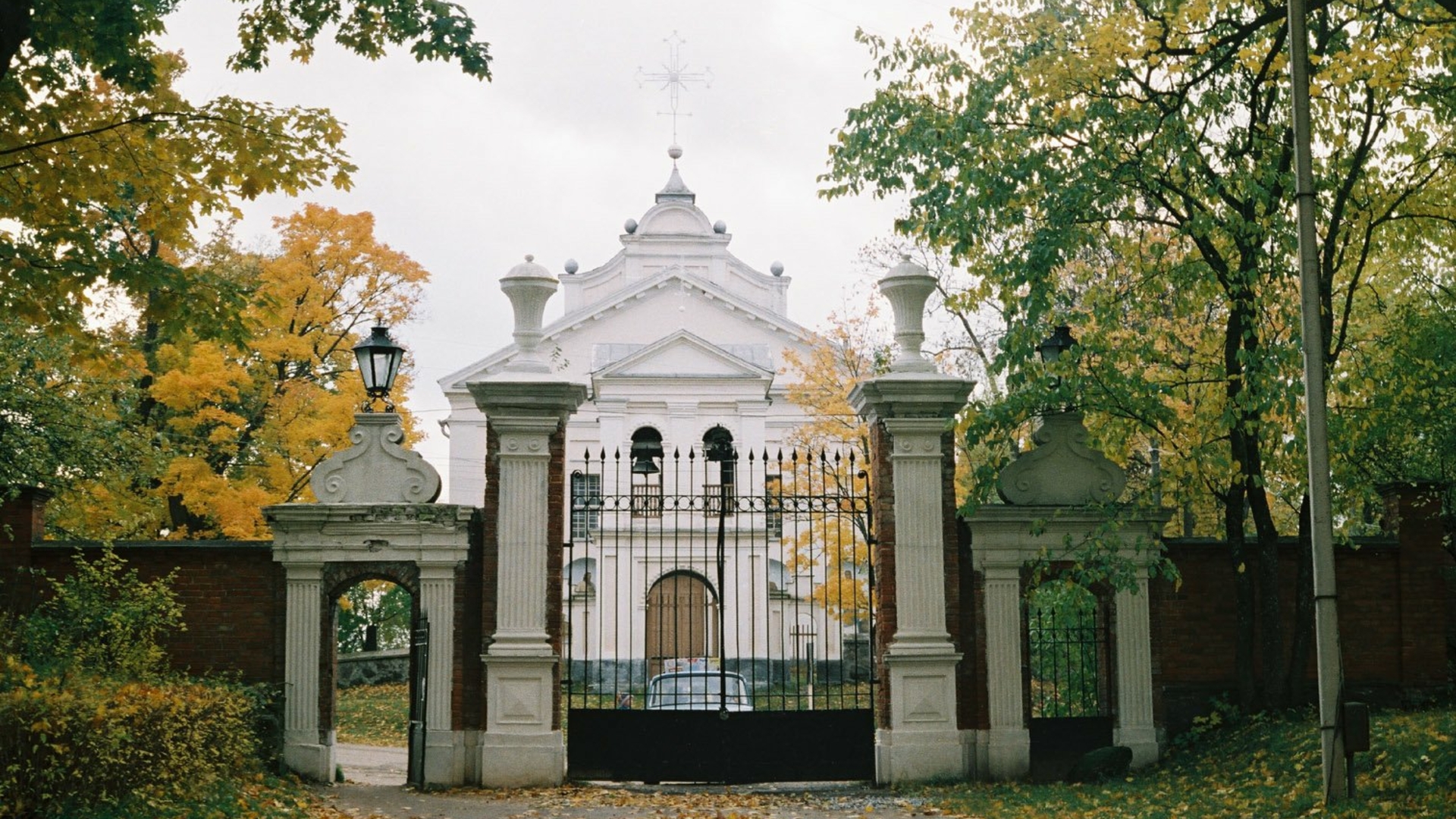 Bebrene Manor Ensemble is one of the few in Selonia where all the 19th century Bebrene Manor elements – the main house, auxiliary buildings and the park with gate and the wall – were fully preserved.

Bebrene village is one of the few populated areas in Latvia where its buildings blend with the manor ensemble forming a unified planning structure and historical image of Bebrene. It is dominated by the manor buildings (1836 – 1896) and the church (1797) situated on the same southern-northern axis. The other construction elements supplement it.

The construction of the manor house was completed in 1896. It was designed by L. J. L. Marconi from a Polish-Italian artist and architect family. His design of Bebrene Manor was influenced by the French Renaissance. Until today, the building has seen some slight modifications: the garret was converted into the second floor in 1960.

An ornate 19th century gate leads into the territory of the Count Plater-Sieberg Manor. The entire manor complex is encircled by a red brick wall that changes into a wall of concrete posts and wooden insets. During the 17th – 19th century, such walls were quite popular both in manors and towns. Similar walls have survived only in a few places in Latvia and only partially. Bebrene is one of the places where this structure has been preserved at a large extent.

The kitchen building, the steward’s lodge, a hut above an ice cellar, the gardener’s house with fruit cellars, servants’ quarters, stables and the mill with the miller’s house have been preserved in Bebrene Manor complex. The construction of the mill started in 1836. It was powered by a steam engine and the mechanism, including a maple-wood cog-wheel, has survived. The miller’s house is an excellent example of the old Bebrene wooden architecture.

Visitors can see both the manor complex with the park and Bebrene Roman Catholic Church. Be ready for special surprises in the manor cellars! One can also book a ride in a horse-drawn carriage or on horseback with the manor coachman.