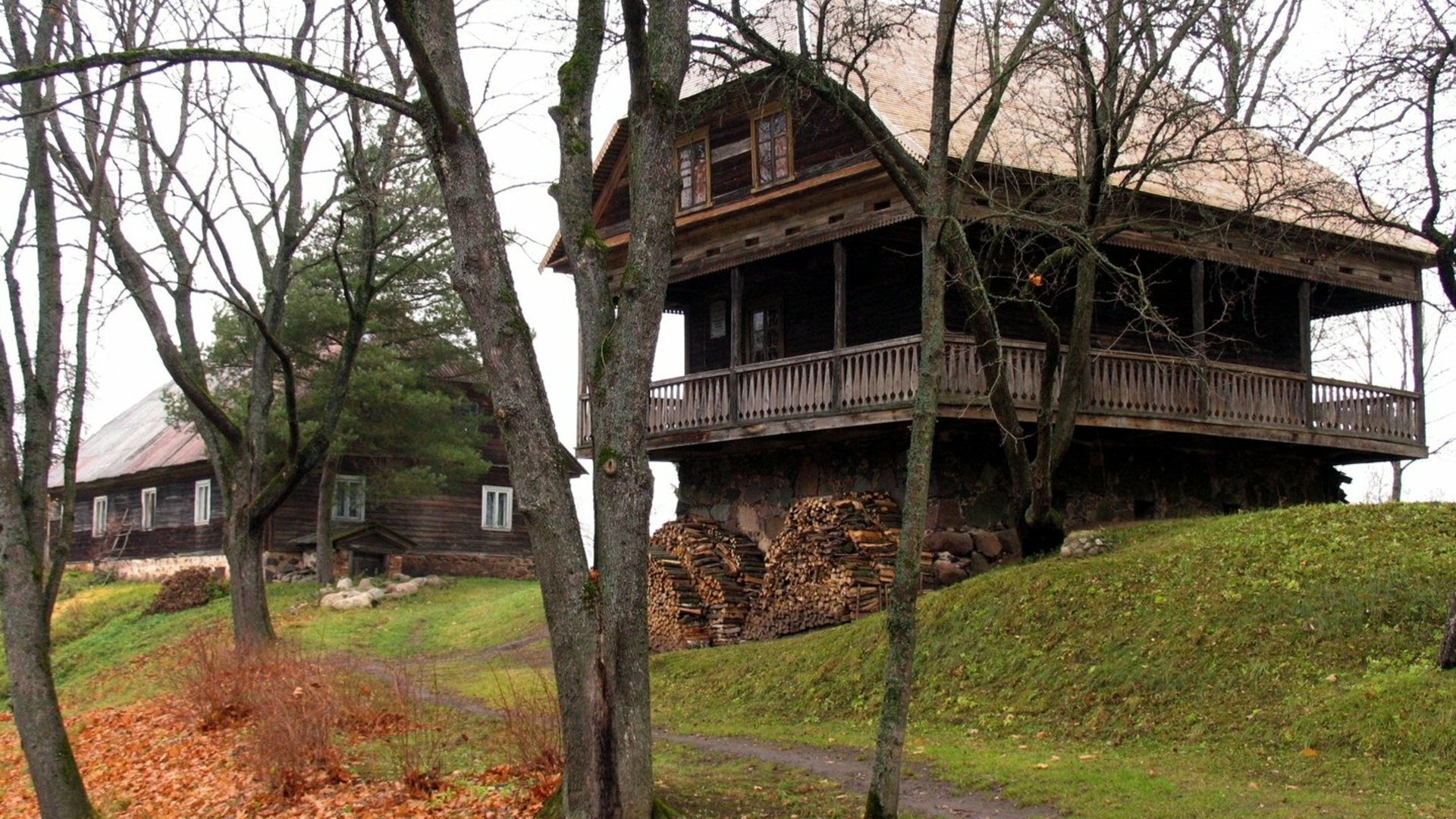 The museum, located in the Ustronė estate, reminds us of the year of the press ban (1864-1904) and the unstoppable battle of Lithuanians for the word of the mother tongue. This is the only museum in Lithuania and around the world about the book smuggling. In 2004 UNESCO evaluated book smuggling as a unique activity without equal in the world. The word "knygnešys" (book smuggler) does not exist in any other language except Lithuanian!

In the 19th century, this barn was the meeting place of the Garšviai book smugglers community. During the years of press ban, in this barn the forbidden Lithuanian press and books were hidden in the secret place, installed between the ceiling of the basement and the oak ground floor. In 1902-1905 Juozas Tumas-Vaižgantas, who at the time was a priest in Vadaktėliai, liked to visit this estate and to rest on the first floor. While living here, he not only took part in the activity of book smugglers community, but actively gathered donations for Lithuanian publications, sorted out the forbidden press and hid the books brought by the book smugglers

The museologist will not only be pleased to tell you about the events happening in the area during the book smugglers times, but also to show the places where the Lithuanian press was hidden and the unique items used by J. Tumas-Vaižgantas himself. You can find the Ustronė Museum on the road Krekenava-Naujamiestis, using the sign direction "J. Tumas-Vaižgantas and the Book Smugglers Museum".

+370 455 87046 , +370 698 71162
[email protected]
www.panrbiblioteka.lt/lt/apie-biblioteka/muziejai/279-jtumo-vaiganto-ir-knygnei-muziejus
We recommend watching this site through other browsers, for example. Microsoft Edge
I understood