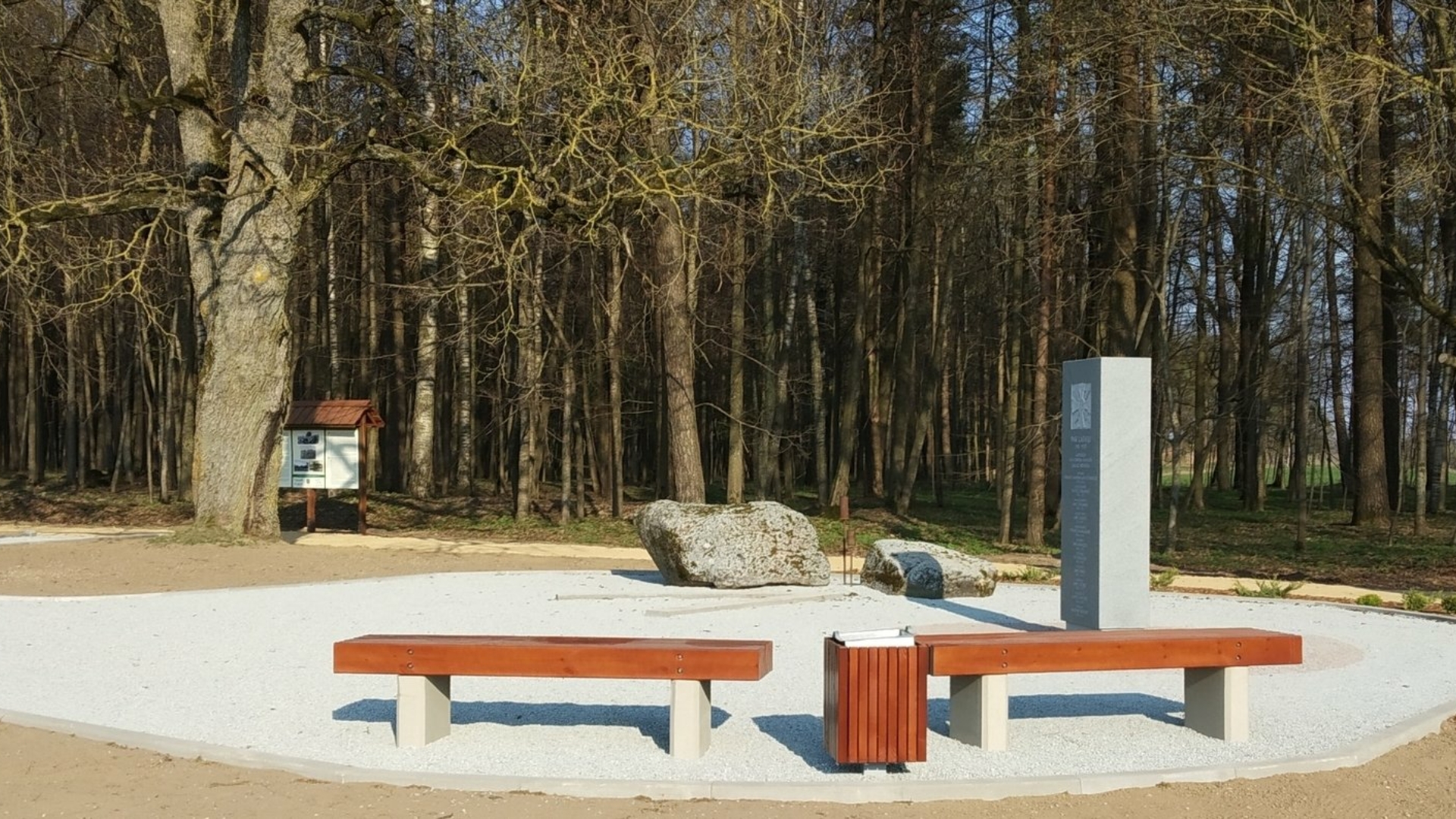 Memorial for Freedom Fights at Birži

The fight next to Birži is a military clash on October 17, 1919, next to the house of a vicar of Birži (Groß-Buschhof), in the vicinity of Podvazes Bridge – Station of Silini (now in Sala parish) between the Western Volunteer Army Unit on the one side and two platoons of the 4th company of the 3rd Jelgava Infantry Regiment of the Latvian Army (Commander Lieutenant K. Šteinbriks) and the local commandant`s office team and guards on the other side.

The fight next to the house of a vicar of Birži was of great uational importance because it helped to stop the Bermontian plans in Augšzemgale and, on the other hand, created some self-reliance, courage and tradition in the guards, as everyone had the memory of the success of the guards` teams in fights.