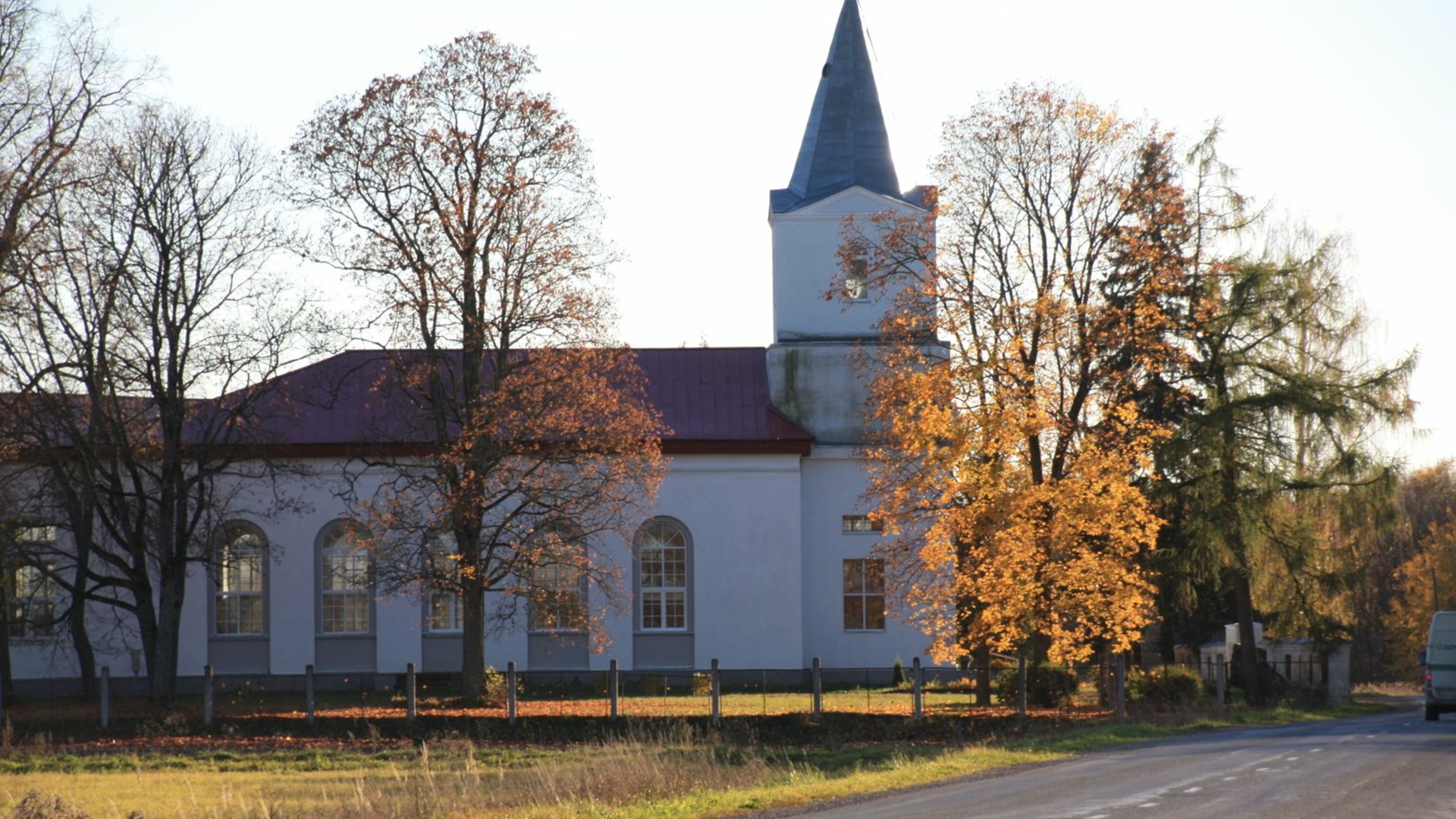 Constructed from 1847 until 1848 by the project of architect J.Held. The altar painting was created by L.Eginks, the organ constructed by Martin. The church has suffered much during World War I. It was restored in 1930 with a lowered tower and consecrated in May 18, 1930. The second organ was constructed by Sūnekls and installed in 1936. The organ was then dismantled and taken away before the construction of a batting manufactory in the church and it its’ location is still not known. The batting manufactory was run here from 1969 to 1993 – for 24 years. In 1826 and for further 30 years the sexton and organist position was taken by the poet Ansis Līventāls. His resting place is in the corner of church’s courtyard near the road fencing. Beside it lies the grave of Jakob Lundberg, a longstanding parish priest.