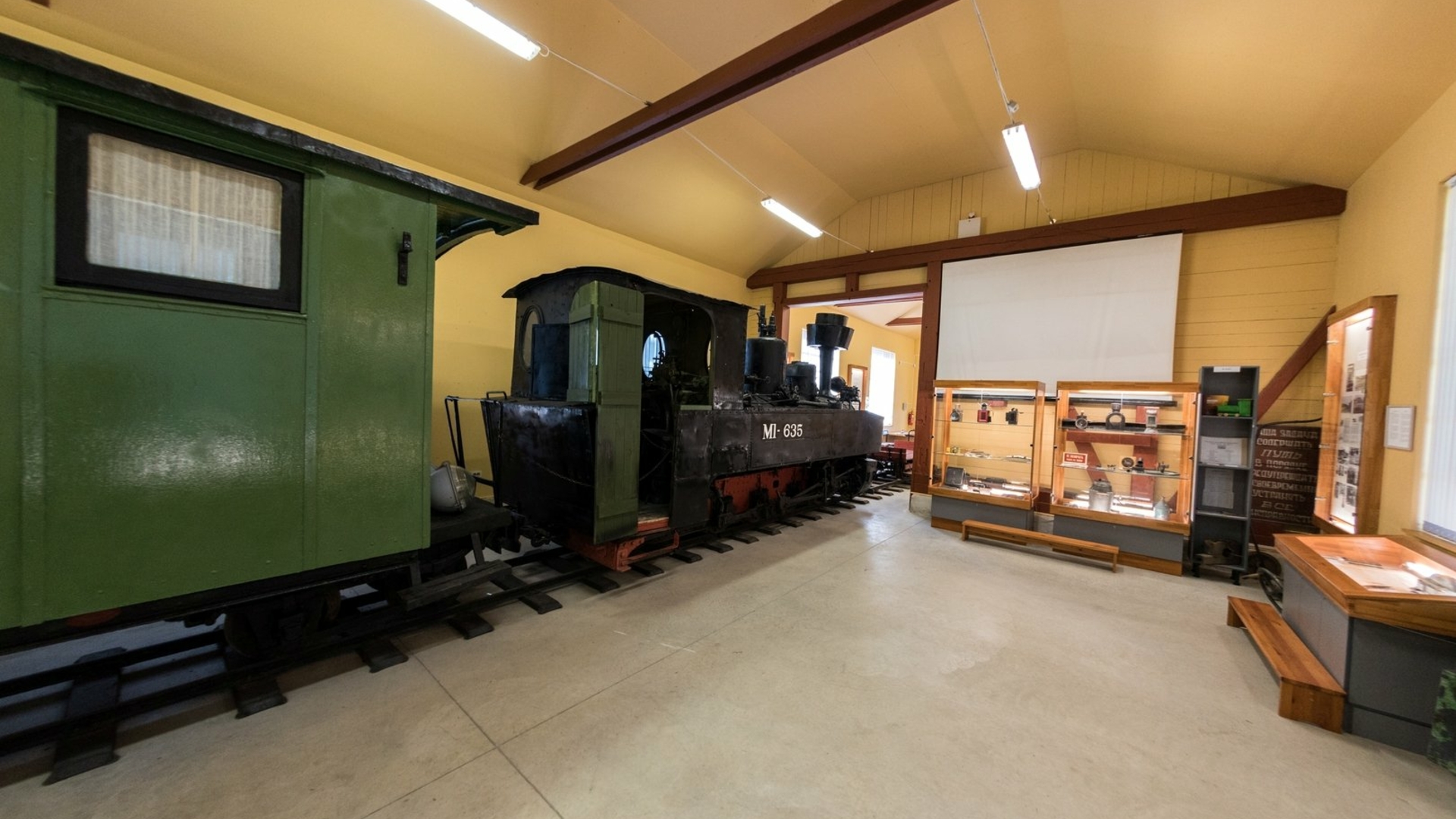 Small Banis Park is the most popular museum department. The museum has 7 historic buildings from the station building complex. This is a cultural monument of national significance for the industrial heritage. For the transport of narrow-gauge railroads, German troops were built from 1915 to 1916. year, but after the First World War it was adapted for the carriage of passengers. In 1916 a 100-kilometer long line from Skapiškiai (Lithuania) was constructed through Viesita to Aldaunė (Kažiem). Later, a 120-kilometer long line from Pasmalve (Lithuania) was constructed through Eglain to Silin, where it connected with the Skapishki-Aldaune line. In the same year the lines Rokiškis-Aknīste-Geidāni (50 km) and Ābeļi-Subate-Kaldabruuna (30 km) were built. The two lines merged in Kaldabru, where a railway turning triangle was built. Bebrene and Dviete, as well as Zasa and Vandani were connected with the railway (these lines were dismantled in 1925-1927). In the second half of 1916 a Viesīte-Daudzeva line was built, a branch to the village of Seces was built near Didevs Ķeikānas. After the end of the First World War, some lines were dismantled, but most of the lines were included in the Latvian National Rail Network and later used for passenger and cargo transportation. 1920-1930 The following lines were operating in the years: Jēkabpils-Nereta, Silini-Aknīste, Viesīte-Daudzeva and 31 km long branch from Siliņš to Elksņi, which was built in 1932 for forestry purposes.

The museum has a narrow-gauge steam locomotive ML-635 manufactured by Schwarzkopff in 1918. The service wagon No. 1916 made in 1916 is available. 3637, closed freight wagon, platform for timber transportation, trunk, railroad station, visitors have a permanent exhibition about the history of Riga Highway. The Viesite narrow-gauge railway railroad unit was the largest railway network of 600 mm gauge railway that existed between 1916 and 1972, when it was closed and demolished. The railway connects the major cities and villages of Selonia: Neretu, Viesiti, Daugevu, Jekabpili, Aknisi and others. The maximum length of the railway was 280 km at the time of its existence.

Little Banis Park is friendly to families with children - there is a chance to get into the railroad's image, take pictures with the wax figure - the driver of the Oscars, to play games. The little lady went on the last voyage on August 31, 1972. Every weekend of August in the weekend, the Railway Celebration is organized, the tradition of which began after the closure of a small bayonet line in 1972.